New York doctors are treating ObamaCare like the plague, a new survey reveals. 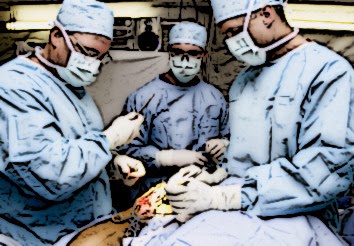 A poll conducted by the New York State Medical Society finds that 44 percent of MDs said they are not participating in the nation’s new health-care plan.

...Only 23 percent of the 409 physicians queried said they’re taking patients who signed up through health exchanges.

“This is so poorly designed that a lot of doctors are afraid to participate,” said Dr. Sam Unterricht, president of the 29,000-member organization. “There’s a lot of resistance. Doctors don’t know what they’re going to get paid.”

...“Obama Care wants to start right away, but who see all these new patients???? Not me,” e-mailed one doc.

Another said, “I plan to retire if this disaster is implemented. This is a train wreck.”

“I refuse to participate in the exchange plans! I am completely opposed to this new law,” said a third respondent.

One doctor recycled the mantra used to attack addictions: “The solution is simple: Just say no.”

Oh, and all you residents of New York City?

I can't think of any profession that would want to be paid like this.
I suppose though that all the call center positions qualify as "jobs created".
It is the grandest hoax every perpetrated upon the people in this Country.

The pathetic leftists of New York deserve this. They try to hype the stereotype of New Yorkers being tough guys, but in reality they are nothing but a bunch of pansy leftists, who couldn't make it through the day without the support of the government. Here's hoping a plague hits the city, and they won't have the doctors to cure them. Then they will see just how much government protects them.

The solution is simple: just say no.

Do not comply.
Do not obey.