RESTON, VA – In a bombshell report for NBC News.com, NBC News senior investigative correspondent Lisa Myers found buried in the 2010 Obamacare regulations language predicting, “A reasonable range for the percentage of individual policies that would terminate is forty percent to sixty-seven percent.” Myers’ reporting shows that Barack Obama knowingly lied to the American people for more than three years when he regularly insisted that those who like their current health insurance would be able to keep it under Obamacare. 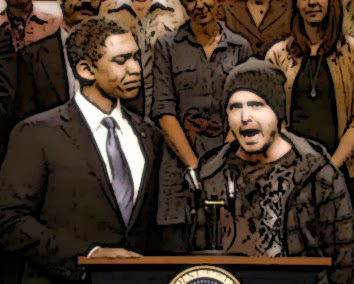 Yet, according to an analysis from the Media Research Center, this massive, deliberate breach of trust was worthy of only 21 seconds of coverage on NBC Nightly News, buried at the end of the show’s fourth story, with no follow up on Today. ABC and CBS completely censored Lisa Myers’ discovery with not one single second of coverage on either their morning or evening programs.

Maybe they didn't bury her so much as respond to threats from the White House. It would be interesting to find out to what degree the coverage is cheerleading as opposed to fear.