I’ve been struggling to find good news in the Virginia Governor’s race and there is finally a bit. Cuccinelli has closed the gap with McAuliffe and is only 4 points behind now, even with the third party candidate at 9%. 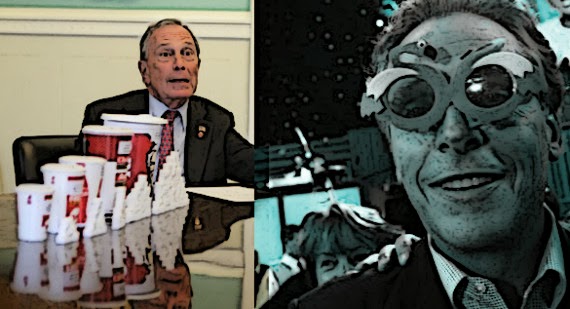 Ken is a good friend and I’ve been both dearly worried about him and deeply disappointed in a bunch of Republicans who’ve decided to throw him under the bus... But it appears as the reality of a possible Terry McAuliffe victory sets in, they are all returning home.

Ken Cuccinelli is a fine man and will make an outstanding Governor of Virginia. Republicans need to rally to Ken. Many people in the [Establishment] GOP want Cuccinelli to lose so they can blame his loss on social conservatism or populism or anti-corporatism or a host of other things.

Now that the loathsome wannabe dictator Michael Bloomberg has entered the race, sending over a million dollars to McAuliffe, the realities of what would effectively be a Bloomberg governorship in Virginia are hitting home.

Presumably Virginians want to control their own salt intake, buy guns if they want them, and even (*gasp*) drink 32-oz. sodas.

Let’s do what we can to help [Ken Cuccinelli] win. He is within striking distance, there is still time, and he could use any spare cash you might have on hand to close out this last week of the race.

Folks, if you have the wherewithal, please consider helping Cuccinelli turn back the hard left crackpot and Hillary crony McAuliffe. Email your friends in Virginia. Let's send another Ted Cruz or Mike Lee to the U.S. Senate.