Ace dissects yesterday's NBC News' Investigative Report that confirmed what every regular American already knew. That is, the Obama administration knew from the outset that millions of Americans would lose their health care plans while they were publicly telling them the exact opposite.

The more interesting part of the analysis relates to the regulations that actually triggered the catastrophic destruction of 10 to 12 million individual health policies. As NBC reported (emphasis added):

The law states that policies in effect as of March 23, 2010 will be “grandfathered,” meaning consumers can keep those policies even though they don’t meet requirements of the new health care law. But the Department of Health and Human Services then wrote regulations that narrowed that provision, by saying that if any part of a policy was significantly changed since that date -- the deductible, co-pay, or benefits, for example -- the policy would not be grandfathered. 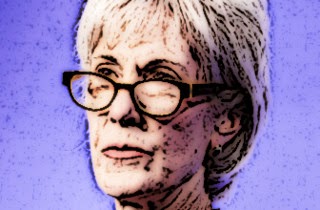 As Ace notes, HHS operates at the behest of Obama.

They didn't have to tighten the regulations to make it impossible for Americans to keep their health care plans.

They, in fact, could have loosened the guidelines to ensure that the president's oft-repeated mantra ("If you like your health care plan you can keep your plan... period!") remained true.

The President refused to do so.

These regulations, being a creature of the Executive branch, can be rewritten by the executive branch at any time. We don't need a law for this (though one would be useful, to force Obama to do the right thing).

Obama has it within his power to call up the HHS reg-writers and instruct them to honor the promise he made time and again for two years. And he doesn't want people to know this, because he is determined to break that promise. 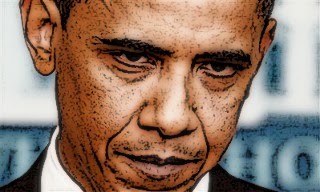 That promise was always a lie, and not a meaningless lie at the periphery, but a central lie propping up the political campaign for ObamaCare...

Had he told Americans that they would be losing their current health care in order to be dumped into what is effectively a high-risk pool, so that they could subsidize high-risk clients, the public would have rejected the law even more strongly than he did.

And even at this late date, he could still choose to honor his promise.

But he won't, because he can't -- he always intended to take people's insurance away from them. Always.

Ace concludes with the notion that the president "should be forced to explain why" he intentionally sabotaged millions of health care policies.

Hell, we can't even find out what President Obama did for eight hours as American diplomats were fighting for their lives in Benghazi.

Yeah, I know, he went to sleep after refusing to authorize a rescue.

But the odds that a reporter will ask him about this? Just a skosh less than Vern Troyer winning the Heisman.

So what?
NO one is going to touch the magic colored potus.
Move along, nothing to see, dancing with the stars is on next.

IMPEACHMENT IS TOO GOOD FOR THIS MF