There is some overlap in the moral vocabulary that liberals and conservatives use. Both speak of “equality,” although they mean different things by the term. Conservatives emphasize equality of rights, and they are quite willing to endure inequalities that are the product of differential capacity or merit. Liberals emphasize equality of outcomes, and they tend to attribute inequality to the unequal opportunities that have been provided by society. 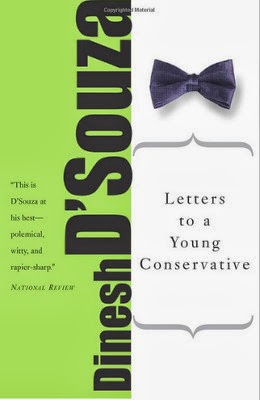 At root, conservatives and liberals have two different conceptions of human nature that cause them to see the world so differently. Liberals tend to believe in Rousseau’s proposition that human nature is intrinsically good. Therefore they believe that people who fail or do bad things are not acting out of laziness or wickedness; rather, society put them in this unfortunate position. Since people are innately good, liberals hold that the great conflicts in the world are not the result of good versus evil; rather they arise out of terrible misunderstandings that can be corrected through ongoing conversation and through the mediation of groups like the United Nations. Finally the liberal’s high opinion of human nature leads to the view that if you give people autonomy they will use their freedom well.

Conservatives know better. Conservatives recognize that there are two principles in human nature—good and evil—and these are in constant conflict. Given the warped timber of humanity, conservatives seek a social structure that helps to bring out the best in human nature and suppress man’s lower or base impulses. Conservatives support capitalism because it is a way of steering our natural pursuit of self-interest toward the material betterment of society at large. Conservatives insist that there are evil regimes and destructive forces in the world that cannot be talked out of their nefarious objectives; force is an indispensable element of international relations. Finally conservatives support autonomy when it is attached to personal responsibility—when people are held accountable for their actions—but they also believe in the indispensability of moral incubators (the family, civic institutions) that are aimed at instructing people to choose virtue over vice.

I am a conservative because I believe that the conservatives have an accurate understanding of human nature and the liberals do not. Since the liberals have a wrong view of man, their policies are unlikely to achieve any good results. In some cases they even subvert liberal objectives. For all its grand proclamations, today’s liberalism seems to be characterized by a pathological hostility to America, to capitalism, and to traditional moral values. In short, liberalism has become the party of anti-Americanism and economic plunder. By contrast, conservative policies are not only more likely to produce the good society, but they are also the best means to achieve liberal goals such as peace, tolerance, and social justice.


Excerpted from Dinesh D'Souza's Letters to a Young Conservative. Hat tip: Papa B.

Hazy Dave said...
This comment has been removed by the author.
12:08 PM

I just saved a sh*tload of money on Christmas presents by discussing my political views on Facebook...