HELPFUL CHART: Here's How Much You'll Be Paying For Health Care in the Obamacare State Exchanges

I can summarize this chart in a single sentence: Obamacare is working just as well its website.

...Individuals in most states will end up spending more on the exchanges. It is true that in some states, the experience could be the opposite. This is because those states had already over-regulated insurance markets that led to sharply higher premiums through adverse selection, as is the case of New York. Many states, however, double or nearly triple premiums for young adults. Arizona, Arkansas, Georgia, Kansas, and Vermont see some of the largest increases in premiums. 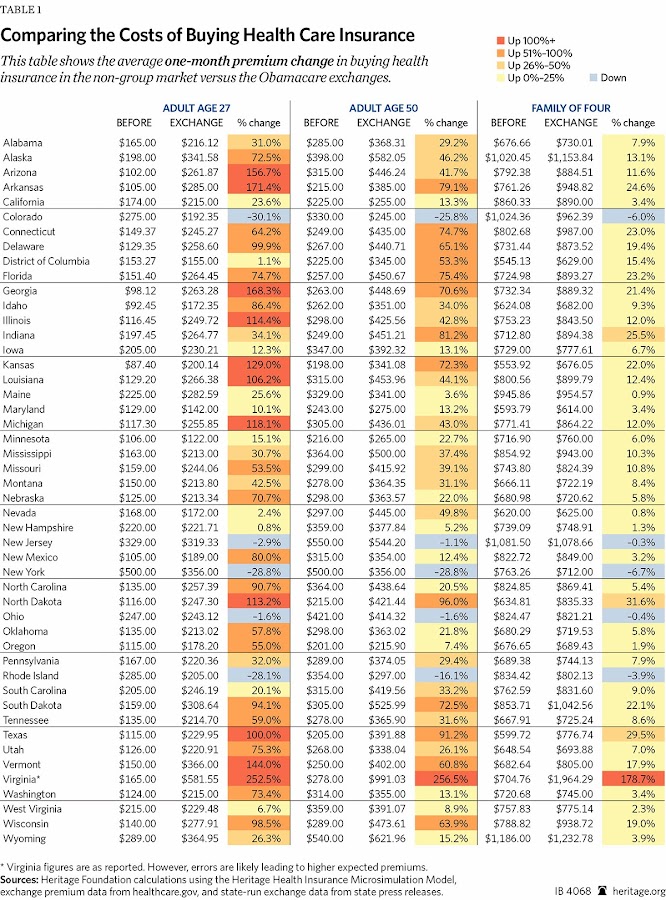 ...The Obama Administration is desperate for younger people to enroll to prevent an adverse selection death spiral.

Charles C. W. Cooke helpfully summarized the litany of (quite obvious) lies the President and his sycophants told Americans in order to jam Obamacare through Congress. 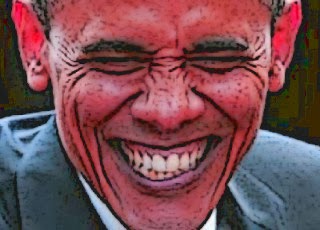 • “For people with insurance, the only impact of the health-care law is that their insurance is stronger, better, and more secure than it was before. Full stop. That’s it. They don’t have to worry about anything else.”

• "If you already have health insurance, the only thing that will change for you under this plan is the amount of money you will spend on premiums. That will be less.”

• "I want to be very clear: I will not sign on to any health plan that adds to our deficits over the next decade."

Every major promise regarding Obamacare was a lie.

As Scott Johnson astutely observes, "If only we had a free press, Obamacare would be a bloody, unrelenting scandal, like Abu Ghraib, or Watergate. As it is, it is only business as usual for liberals and liberalism.."

Make no mistake, the liberal main stream media is a collective enemy of this nation. These people are not true Americans, but rather leftist activists who are trying their best to promote their socialist agenda.

These are people who put on their applications that their profession is that of a journalist, while they are nothing of the sort. They are indoctrinationists at best, and traitors wholeheartedly. They are the scum of the Earth if you want to put a name on it.

Mike, you are correct.

If you get a chance, read the Matt Bracken story online entitled: "What I Saw At the Coup".