How many countries have to collapse under the weight of collectivism and unchecked centralized government until hacks like Ezra Klein embrace limited government? That's a rhetorical question, because for schmucks like Klein big government is a religious ideology, not a fact-based examination of facts, history, logic and reason.

Stephen Kruiser reads the loathsome little punk so that you don't have to.

Full time Obamacare cheerleader Ezra Klein has been all over the place lamenting the utter failure of ACA's first couple of weeks. 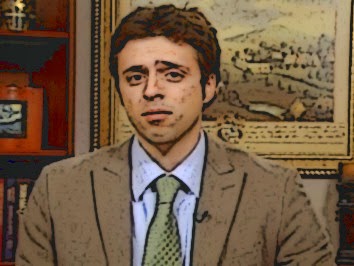 We're now negative 14 days until the Affordable Care Act [sic] and most people still can't purchase insurance. The magnitude of this failure is stunning. Yes, the federal health-care law is a complicated project, government IT rules are a mess, and the scrutiny has been overwhelming. But the Obama administration knew all that going in. They should've been able to build an online portal that works.

Early on, President Obama like [sic] to compare the launch of the Affordable Care Act to Apple launching a new product. Can you imagine how many people Steve Jobs would've fired by now if he'd launched a new product like this?

What's abundantly clear to anyone who reported on the run-up to the federal health-care law's launch is that the White House had no idea how badly the Web site [sic] would perform. They expected problems. But the full extent of the disaster was either obscured or ignored. Heads should roll for that. Changes should be made because of that.

(Quick aside: two typos in four paragraphs there. Doesn't WaPo have editors or spell-check?)

I can hear some of you asking, "Oh, Doug - why are you so harsh on misguided hacks like Ezra Klein?"

Because he and his ilk are destroying my country, that's why. Every family in America is now in hock to creditors to the tune of, oh, about $600,000 in direct debt and unfunded liabilities.

They talk about conservatives being religious zealots? No, SOBs like Klein are the religious extremists, bent on bankrupting the country and destroying it in pursuit of some Utopian fantasy that has never existed in human history and can't ever be achieved.

No, instead Klein thinks a back-bencher state Senator from Chicago's Daley Machine, who has never run a single business in his life, or created a single job, or accomplished anything of substance, can plan the entire auto industry, energy industry, health care industry and banking industry.

Folks, that is religious extremism.

Klein is a malevolent propagandist and he deserves every bit of mockery and criticism he gets.

it's what leftists have in common with jihadists - in addition to hating judeo-christian civilization.

Who listens to these idiots anymore, except other idiots?