THINKING OF SITTING THINGS OUT IN 2014? Consider That Mainstream Democrats Now Openly Call for Arrests of Political Opponents

For those of you as disgusted as I am with GOP leaders, consider the ramifications of sitting out the midterms. Should Nancy Pelosi regain the Speakership, well, in six words, they'll be coming for your guns. That's a guarantee. 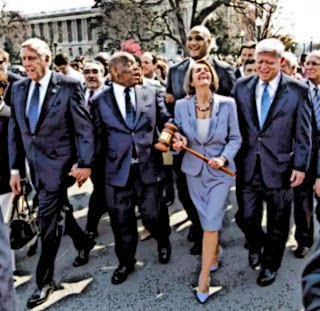 For the first time in American history, mainstream Democrats are openly calling for the arrests of their political opponents. Yes, the hard left Democrat Party's tactics come straight out of the playbooks of Lenin, Stalin, Hitler, Castro, Pol Pot, and Mugabe.

If Democrats regain control of the House, rest assured that your Second Amendment rights will be eviscerated as they very nearly did following the mass shooting by the lunatic in Sandy Hook. Dianne Feinstein -- the loathsome and brazen crook from California -- had her gun ban bill in place, just waiting for a nice, bloody tragedy to exploit.

These are some truly frightening portents.

• Democrats are openly calling for the arrest of Sen. Ted Cruz "for sedition". Never mind the Constitution explicitly grants the power of the purse to Congress, not the President. Never mind that James Madison himself described that the House could, in fact, shut down any program it wanted to. Never mind all that: the Constitution doesn't matter to these hard left sixties retreads. They don't want any political opposition. They want you gone. They want you silent, or in prison, or dead (what do you think Obamacare is really about?).

These are some dangerous times, my friends. 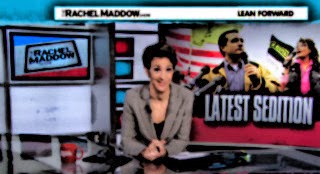 I'm voting Republican in 2014 if for no other reason than to keep our Second Amendment rights intact. Yes, I support the most conservative candidates possible (Matt Bevin over Mitch McConnell, for example). But I'm not sitting anything out in 2014.

I'm not going AWOL, even with the feckless boobs running the GOP, because they're the last line of defense. Let the RINOs form a third party. The grassroots can and will succeed by avoiding the GOP, the NRSC, the NRCC, and other establishment entities, instead working through independent groups like the Senate Conservatives Fund, FreedomWorks, and Americans For Prosperity.

I urge you to do the same next November and to marshal all the conservatives you can. If you aren't motivated to continue electing conservatives like Ted Cruz... if you aren't pumped up to save your Second Amendment rights and preserve the last vestiges of the Constitution... if you aren't interested in staying on the political battlefield in 2014, well, then don't be surprised when they do come for your guns.

I could not agree more. Staying at home in 2014 makes us run a great risk of handing the House back to Nancy Pelosi. That's not an option, as far as I am concerned.

Obama and his henchmen, Reid and Pelosi, have ripped up and thrown the Constitution into the trash! These people are anathema to the victims of this unlawful administration!

...because they are afraid these things will be used against them for the things they are doing to us...

..and the things they fear because it threatens their illegitimate power to rule over us...

...will be used because with the power they abuse they have made peaceful redress impossible...

It won't matter. The battle is already lost. Even if they lose in 2014, they will eventually win an election and all you say will come to pass, just a little later than expected.

To fight an idea, you need an idea.

If the Republicans want my vote, then they will nominate people I want to vote for. If not, I will vote libertarian, or another third party. I have made a commitment to myself to never vote for the "lesser of two evils" again.

Principles and reason are everything.
I'm with you on voting my conscious.

Even it does not lead to a win, because in the larger picture it becomes a winning strategy if a plurality vote so.

I suspect we will be kept from voting our way out of this tyranny by any means possible, including the use of the monopoly of violence against we who resist, monopoly of force the state has afforded themselves on our dime and the sweat of our brows.

The moment each one of us one at a time deny these tyrants recognition of legitimacy, it is the moment they become the very thing they have become, illegitimate.

The RINO LOSERship never challenges the left's political bigotry because conservatives are a threat to the LOSERship's power. Makes it easy for them if they just sit on the sidelines and let the Ocrats (with their Ocare, and Oconomy) do most of the heavy lifting fighting the new GOP.

The Dems are becoming more and more brazen about their successes with voter fraud, too. That GOP congressmen, like Rubio, McPain, L'il Miss Lindsay, among far too many, are helping the Dems increase their voter theft with illegal aliens is thoroughly unconscionable and a disgrace.

As a constitutional conservative, sitting out an election, in my view, is simply not an option.

I've read here where several mentioned they would vote their conscience and not GOP...

Personally, I think the GOP is dead.... but I also believe (and history has proven this countless times) that when people "vote their conscience" or choose not to vote "the lesser of two evils" - what happens is the party NO ONE wants to win.... wins.

We MUST stand together and even if it means voting the "lesser of two evils" we must vote that way to avoid splitting a conservative vote and allowing the opponent (democrats in this instance) to win..... as their "vote" will not be split. The dead will vote in their favor... as they have in the past.

If you do not vote in 2014 or vote your conscience - we WILL lose... our freedom and our Nation.

"Personally, I think the GOP is dead.... but I also believe (and history has proven this countless times) that when people "vote their conscience" or choose not to vote "the lesser of two evils" - what happens is the party NO ONE wants to win.... wins."

Is this not how we all got into this mess in the first place?

I believe this voting the lesser of two evils is become strategy we are suckers for.

We fall into this trap every election.

How are principled moral candidates going to find it worthy to run if they see a plurality of suckers voting for what they represent as the viable alternative, never mind winning?

There is now no difference between parties. It is time to do the distasteful and scary things, loose upfront but WIN in the long run.

America was created on such principles and reason.

I've been voting for the lesser of the evils since I cast a ballot for John Anderson. No more. The difference between Dems and RINOs is simply how quickly either will take us to Socialism. If we're going there, I'd just as soon we did it now so we can start the inevitable revolution.

I concur. I do not see what argument you make to a godless, immoral people to stop living off of others. Thus I do not see how "politics as normal" gets us out of this situation. Thus logically this stops when enough of us go Galt and call it quits. Passive resistance Homesteading, shadow economy, etc. Eventually not working will be a crime. When the money stops, this stops. Not before. No farm subsidies and no EBT. Then you will see real conversations.

I will continue to vote as that is my civic duty. However I will vote for those that best represent my approach which is Christ and the Constitution.

God Bless you all, and please, please prepare for when the music stops.

I am not sitting out, if you don't vote you can't beyatch.

We are not even done with 2013 but already professing our 2014 votes?? I think most of what is going on is venting...much needed but venting nonetheless. I also think we all know by now, much can change in very little time. My advice?? Look at each of these 'challenges' as battles yes...but don't keep drawing lines in the sand so tightly that you box yourself in (must be a favorite 'reverse psychology' tactic of theirs), until you are no longer able to win the war. ;)

A great revolutionary once said:

"How do you eat an elephant?" is an old question, and the old answer is "One bite at a time."

..."it’s not selling out, it’s infiltrating and influencing."-Sarah Palin

A plurality of people have immense power.
A plurality and it's sovereign will are always pertinent to the time it finds itself in.

It is this and the natural inherent sovereignty that the plurality possesses is legitimate and it's legitimacy is a feature of it's power.
This power is the greatest threat that exists to the tyranny breathing down our throats.

When we begin to grasp how much power we naturally posses by dint of our primal rights and freedoms, the tyrants are finished.

The tyrants only hold power over us if we believe they are legitimate.

It is but a fig leaf that hides the naked truth they are, tyrants.

Unworthy of our acknowledgement.

The wise time to vote your conscience is during the primary, not the general election.