THE LYING GOP ESTABLISHMENT: Gee, why do they pretend to be conservative when they're running for office?

So the meme circulating today in old media is that a small bunch of Conservative/Tea Party Republicans are disgusted with the Establishment GOP and are ready to splinter away like the fringe group of extremists they are. Yet what is never mentioned is that these old bulls -- these barnacles on the ship of state -- always pretend to be the tiny, fringe group of extremist conservatives when they're running for office.

Let's first visit with Molly Ball at The Atlantic, which is the leftist journal for leftists who love leftism:

The Conservative War on the GOP

What was once an uneasy alliance between Tea Partiers and Republican loyalists is increasingly marked by hostility—and many on the right now want a divorce.

...The recent government shutdown, and the infighting it laid bare between Republican factions, convinced many conservatives that the institutional GOP would rather sell them out than stick up for them. “There are two views on the right. One says more Republicans is better; the other says better Republicans is better,” said Dean Clancy, vice president of public policy for the Tea Party group FreedomWorks. “One view focuses on the number of Republicans in the Senate, the other on the amount of fight in the senators.”

Perhaps. Perhaps not. What Ball neglects to mention is that this war has been going on since the 1970s, when Ronald Reagan was pilloried for challenging a sitting Republican President in 1976 (Gerald Ford). The GOP establishment despised Reagan and fought him tooth and nail.

What about the loony corporatists at The Wall Street Journal, who never met a big government program they didn't like? Here's Laura Meckler: 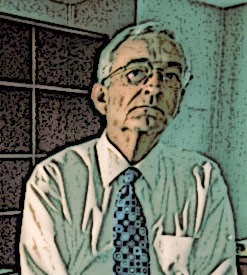 The budget stalemate that had the U.S. flirting with default has left business and the Republican Party, longtime political allies, at a crossroads.

...Many business executives say they were dismayed that some Republicans didn't heed their warnings that closing the government and risking default would hurt the U.S. economy...

...the conversation among businesses is "characterized by tremendous frustration and angst," said Dirk Van Dongen, president of the National Association of Wholesaler-Distributors, a trade group. "Because at the end of the day, the system is supposed to produce results, and the failure to produce results has consequences." ...

...The episode has prompted top business lobby groups, including the U.S. Chamber of Commerce, to consider taking sides in Republican primaries next year in hopes of replacing tea-party conservatives with more business-friendly pragmatists...

And just what the hell is a "Dirk van Dongen"? Oh and hey, Dirk, listen up: when the economy collapses as the country enters a fatal debt spiral, guess what: I don't think it's gonna be good for business. 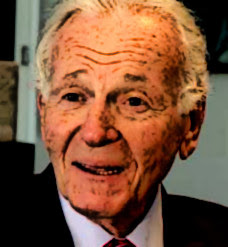 ...Even before the partial shutdown two weeks ago, Republican executives pressing for an immigration overhaul were venting frustration that the full House has been unwilling to consider any immigration legislation, including a bipartisan Senate bill, in the face of opposition from one wing of the party.

Norman Braman, a Miami businessman and GOP donor, said he is asking candidates who solicit campaign contributions for their position on immigration and will be reluctant to support those who don't back a revamp...

"Those of us who have been active and supportive of the party have a duty to express our feelings," he said...

Oh, and I guess we get to express our feelings, too, at least for the moment. Until Dear Leader does away with blogs, talk radio, and Fox News.

And say, Norman: if you're such a big GOP donor, perhaps you can tell me which way millions of low-skilled, largely illiterate workers from third-world countries -- who will be net drains on the taxpayer -- will vote? Here's a clue: it ain't gonna be for the Republicans.

Here's my message for the corporatist, crony capitalist backers of the GOP establishment-types: BRING IT.

These fakers, these losers like John McCain, Kelly Ayotte, and Jeff Flake -- to name but a few -- had to pretend to be conservative to get elected.

See, dummies, we're the real Republicans. We're not pretending to be that which we are not.

You're the charlatans, the fakers, the sellouts, the phonies. Join the damn Democrat Party if you want unbridled centralized government. Because we're having none of it.

so these guys want to elect "business friendly pragmatists"? in other words crony capitalists.

Yes, they, like their establishment brethren in the Senate have shown themselves for who they are , and where their interests lie. It shouldn't be too hard to look up the individual businesses that make up the Chamber of Commerce.

I suggest starting a boycott against these companies, and letting them know so by way of emails, and phone calls to their respective companies, and to the organization as well.

Screw these people, and their greed that takes down this nation. New Mexican workers equals fewer Americans employed, a strategy adopted by Obama, and promoted by the Chamber of Commerce. Let's take a stand people!