Defense: What the president calls "my military" is being cleansed of any officer suspected of disloyalty to or disagreement with the administration on matters of policy or force structure, leaving the compliant and fearful.

We recognize President Obama is the commander-in-chief and that throughout history presidents from Lincoln to Truman have seen fit to remove military commanders they view as inadequate or insubordinate. Turnover in the military ranks is normal, and in these times of sequestration and budget cuts the numbers are expected to tick up as force levels shrink and missions change. 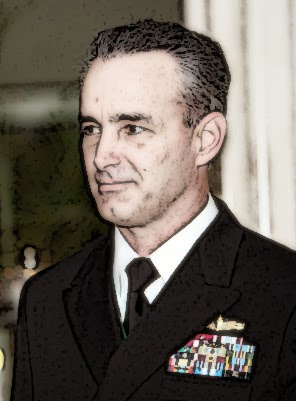 Yet what has happened to our officer corps since President Obama took office is viewed in many quarters as unprecedented, baffling and even harmful to our national security posture. We have commented on some of the higher profile cases, such as Gen. Carter Ham. He was relieved as head of U.S. Africa Command after only a year and a half because he disagreed with orders not to mount a rescue mission in response to the Sept. 11, 2012, attack in Benghazi.

Rear Adm. Chuck Gaouette, commander of the John C. Stennis Carrier Strike Group, was relieved in October 2012 for disobeying orders when he sent his group on Sept. 11 to "assist and provide intelligence for" military forces ordered into action by Gen. Ham.

Other removals include the sacking of two nuclear commanders in a single week — Maj. Gen. Michael Carey, head of the 20th Air Force, responsible for the three wings that maintain control of the 450 intercontinental ballistic missiles, and Vice Adm. Tim Giardina, the No. 2 officer at U.S. Strategic Command.

From Breitbart.com's Facebook page comes a list of at least 197 officers that have been relieved of duty by President Obama for a laundry list of reasons and sometimes with no reason given. Stated grounds range from "leaving blast doors on nukes open" to "loss of confidence in command ability" to "mishandling of funds" to "inappropriate relationships" to "gambling with counterfeit chips" to "inappropriate behavior" to "low morale in troops commanded."

Nine senior commanding generals have been fired by the Obama administration this year, leading to speculation by active and retired members of the military that a purge of its commanders is under way.

Retired U.S. Army Maj. Gen. Paul Vallely, an outspoken critic of the Obama administration, notes how the White House fails to take action or investigate its own officials but finds it easy to fire military commanders "who have given their lives for their country." Vallely thinks he knows why this purge is happening.

"Obama will not purge a civilian or political appointee because they have bought into Obama's ideology," Vallely said. "The White House protects their own. That's why they stalled on the investigation into Fast and Furious, Benghazi and ObamaCare. He's intentionally weakening and gutting our military, Pentagon and reducing us as a superpower, and anyone in the ranks who disagrees or speaks out is being purged."

Another senior retired general told TheBlaze on the condition of anonymity, because he still provide services to the government and fears possible retribution, that "they're using the opportunity of the shrinkage of the military to get rid of people that don't agree with them or do not toe the party line. Remember, as (former White House chief of staff) Rahm Emanuel said, never waste a crisis."

For President Obama, the military of a once-feared superpower is an anachronistic vestige of an America whose exceptionalism and world leadership require repeated apologies. It must be gutted and fundamentally transformed into a force wearing gender-neutral headgear only useful for holding the presidential umbrella when it rains. It is to be "his" military and used only for "his" purposes.

When We The People stand up the military will not stand with us.

To say I hate Obama, is too simplistic. I have known charlatans with better ethics than he has.

I greatly fear Obama has uses for the military other than holding his umbrella. A fascist military coup is in the offing. Soldiers are being asked if they would obey an order to disarm the populace. Homeland Security has stockpiled billions of rounds of ammunition and thousands of body bags. And of course, military officers who intend to uphold the Constitution over the illegal orders of Barack Obama are being fired.

Weakening the military not only makes it Barry's military but it invites action against the US and its interests. It is as though Barry envisions the end of his plan to be the complete collapse of the United States.
And he thinks he can manage that crisis too. The dude needs a psychiatric evaluation followed by a trip to prison.

I believe that when we the people stand up, the rank and file of the military will stand with us. These courageous folks are not leftists, and their oath is to uphold the Constitution, not the President.

This is why Obama is arming all of the Federal agencies to the teeth, because he knows he won't have the support of the soldiers if he tries to enact a posses commutatesus scenario.

This was the scariest thing I've read since the text of Obama's "civilian security force" speech.

Stogie is right. We cannot stand as a free nation with this malignant weasel in the presidency for the next three years, and with the likes of John Boehner as GOP House Squeaker.

The once happy and peaceful plains of America are either to be drenched with blood or inhabited by slaves.