Regulation: From lost jobs to fewer hours to premium hikes that would make a loan shark drool, Barack Obama's home state is a case study in why the first rule in health care reform, as in medicine, should be to do no harm.

The president and his cohorts in the media have long accused Republicans of being out of touch with ordinary people. Remember the concocted story about President Bush the elder being so out of touch he was unfamiliar with supermarket bar-code scanners? 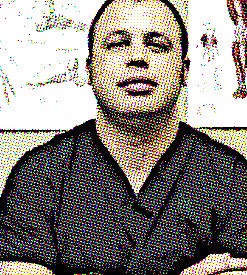 But it's President Obama who's out of touch with ordinary people and the damage his Affordable Care Act is doing to them as they lose their doctors and current health insurance while being forced under penalty of heavy fines to buy plans they can't afford on a website that doesn't work.

He need only return home to Illinois for a rude awakening. He could talk to Adam Weldzius, a nurse practitioner and 33-year-old single father living in Carpentersville.

The Chicago Tribune did and found that if Weldzius wanted to keep the same level of coverage next year as what he has now with the same insurer and the same network of doctors and hospitals as Obama promised he could do, his monthly premium of $233 would more than double.

"I believe everybody should be able to have health insurance," Weldzius told the Tribune. "But at the same time, I'm being penalized. And for what?"

Good question, and one unlikely to be asked at the next presidential press conference.

And Weldzius is not alone, for as the Tribune discovered, "21 of the 22 lowest-priced plans offered on the Illinois health insurance exchange for Cook County have annual deductibles of more than $4,000 for an individual and $8,000 for family coverage."

Plans with the least expensive monthly premiums, touted by state and federal officials as proof that the new law will keep costs low for consumers, have deductibles as high as $6,350 for individuals and $12,700 for families such as Weldzius and his daughter.

Didn't Obama promise him and the rest of us that premiums would drop by $2,500 annually?

Last we heard, Weldzius' job is still safe and his hours have not been cut. But this is not the case with many of his neighbors, according to a new report by the Illinois Policy Institute.

It contradicts claims made by Health and Human Services Secretary Kathleen Sebelius on Jon Stewart's show that employers were not reducing hours due to ObamaCare and that America is not becoming a nation of part-time workers.

According to the report, Illinois since 2011 has lost the equivalent of 66,000 jobs in the three employment sectors — retail, food and merchandise — where average hours were closest to the 30-hour-a-week threshold for defining a full-time worker under the Affordable Care Act.

The loss is more than the number of jobs added in all sectors over the past year.

The institute found that average weekly hours in all three sectors have now dipped below 30 after staying above that level before ObamaCare took effect. Clearly the law is hurting the very people the Obama administration says it cares about.

All sectors of the economy are affected in and out of Illinois. The report cites the example of Illinois Valley Community College, which announced this year that it was limiting all part-time employees to a maximum of 29 hours a week rather than face an ObamaCare fine of more than $500,000.

In other words, Mr. President, your health care overhaul affects the very retail workers who run the stuff we buy over those bar-code scanners.