Who Will Be the Next Innocent Person to Die Because of Alan Grayson?

You already knew that Alan Grayson was a despicable troll, but now we know he's also inciting violence in a craven and corrupt attempt to remain in office.

...In a campaign email sent Monday, the Orlando Democrat includes the transcript of an interview he did recently on MSNBC -- with the Rev. Al Sharpton as host -- in which Grayson said that the politics of the government shutdown had turned many Americans away from the Tea Party. 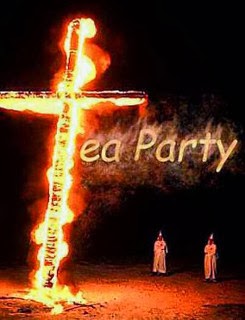 "At this point, the Tea Party is no more popular than the Klan," Grayson said.

The email then takes that comparison one step further by including a photograph of a burning cross with Klansmen in the background. The cross then becomes the "T" in the words "Tea Party" transposed over the picture. Below is the caption: "Now you know what the 'T' stands for."

Within hours there was a response from Jorge Bonilla, one of the Republicans running against Grayson in a heavily Democratic district that includes Osceola County and parts of Orange and Polk.

"The depiction of burning crosses in Congressman Alan Grayson's most recent fundraising ask is despicable and needlessly hurtful to the many millions of families that still deal with the wounds of racial prejudice," wrote Bonilla.

"What's worse, he does so for no other reason than to troll for donations for his re-election campaign," he added.

Grayson must have missed the decades of American history where the KKK served as "the terror wing of the Democrat Party". As recently as the last decade, Democrats elevated a former Klan official -- Robert Byrd -- to one of the highest offices in the land.

Furthermore, the imagery that Grayson picked as supposedly representative of Republican racism was likely created by he and other progressives. This is who they are. This is what they do. Remember this classic case of Democrat false flag tactics? 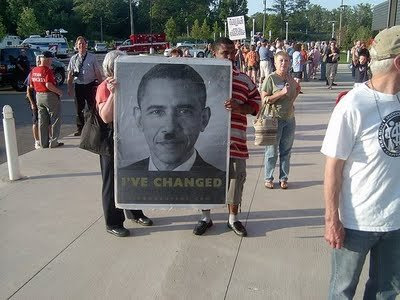 Should someone in his district meet race-based violence -- I don't care whether they're black, white, green, red, yellow or blue -- they should sue Alan Grayson for inciting to riot.

If we're going to try someone for incitement to riot, we should start with the LA media circa 1991 ... In Re Rodney King

If ever a false, inflammatory story about racist cops led DIRECTLY to a riot, it would be this case. This was a cut and dried case of incitement that led immediately to a riot. I'm amazed that some Korean grocer caught in the middle of this, didn't sue the LA media