Scandal: The IRS official in charge of tax-exempt organizations when the unit targeted Tea Party groups now runs the IRS office responsible for enforcing ObamaCare and may have illegally shared confidential tax data.

It's bad enough that no one at the Internal Revenue Service has been meaningfully punished for the targeting of conservative groups before the 2012 election. Now we learn that, for some, the unconstitutional and illegal action was a good career move.
Sarah Hall Ingram, who served as commissioner of the Tax Exempt and Government Entities Division from 2009 to 2012, was so good at her job of suppressing the political speech of administration opponents by using the tax code as a bludgeon that she was rewarded during her tenure with four bonuses totaling $103,390.

Her salary went from $172,500 to $177,000 during that period, and she would also be rewarded with the post of director of the IRS' Affordable Care Act division.

That the person who rode roughshod over Tea Party groups was put in charge of riding roughshod over our health care was entirely fitting. The Tea Party was a grass-roots response to the power grab and assault on the Constitution that ObamaCare represents. It had to be punished for its electoral success in 2010 and Obama-Care had to be saved at all costs.

As the IRS scandal was unfolding, Senate Minority Leader Mitch McConnell, R-Ky., prophetically warned that "the IRS part of administering ObamaCare, particularly in the wake of this IRS scandal with regard to suppressing the views of Americans who were critical of the IRS, raises further suspicions about their involvement in the administration of ObamaCare."

His concern appears to have been warranted with the release of redacted emails provided by the IRS to Rep. Darrell Issa's House Oversight and Government Reform Committee. Those emails indicate that while counseling senior White House officials on how to deal with a lawsuit from religious groups opposed to the ObamaCare contraception mandate, Ingram may have shared confidential taxpayer information with those White House officials.

Ingram appeared before Issa's committee Wednesday and claimed she could not recall a document that contained confidential taxpayer information. But as the Daily Caller reports, emails provided to Oversight investigators by the IRS had numerous redactions with the signifier "6103." That's the section of the Internal Revenue Code that forbids a federal employee from "disclosing any return or return information obtained by him in any manner in connection with his service as such an officer or an employee."

The markings would seem to indicate that, while personal tax information was withheld from Oversight, it was not withheld from the White House. 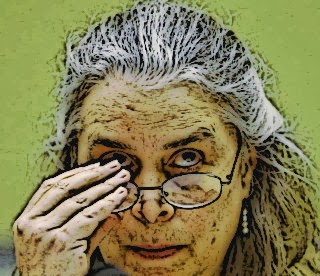 Issa and other Republicans on Oversight believe the redactions in the email exchanges involving Ingram and White House officials, including White House health policy adviser Ellen Montz and Jeanne Lambrew, deputy assistant to the president for health policy, did contain confidential taxpayer information. Issa has requested unredacted copies of the emails,

"So it was OK for (a) political White House to get the unredacted version from the same entity that targeted groups who came into existence because they opposed the Affordable Care Act, but Congress can't get it?" Rep. Jim Jordan, R-Ohio, pointedly asked Ingram. "That's unbelievable."

If confirmed, this leaking of confidential tax data for political purposes by the Obama administration would not be new. As Matthew Boyle has reported at Breitbart News, Obama's re-election campaign co-chairmen used a leaked document from the IRS to attack Mitt Romney during the 2012 election, according to another targeted group, the National Organization for Marriage, which opposes the president on gay marriage.

Now Sarah Hall Ingram and the IRS will have access to your health and medical information as well. Wasn't one of the articles of impeachment of Richard Nixon the seeking of tax data to target political enemies?

And what will come of this revelation? Nothing. What has been done about Fast and Furious, Benghazi, Holder perjuring himself before Congress, Solyndra, and on,and on. These are Showboat investigations, used by both sides to embarrass the other, with each side knowing nothing substantial will ever come of it. This is how they play the game, and why Senate Republicans are so mad at the Tea Party for rocking the boat. Time for a third party, and a national revolution.

This all boils down to race.
Those revaluations are only important if it was a white potus. This is a colored potus, move along, nothing to see.