Denninger Going Galt; First of Many?

Starting at midnight, Karl Denninger's Market Ticker site will go dark for the next three days. His is a peaceful protest of Washington's insane spending and borrowing policies that will result in certain collapse. Not possible collapse. Certain.

I've got about 8 hours here before this site goes dark for the next 72 hours.

Why is it going dark?

Because I'm done paying for the outrageous scam known as "Washington DC." 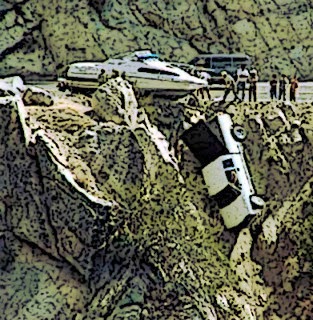 I'm a producer. I'm a net payer of taxes. I have written many very large checks to the IRS. I have done so willingly.

I am no longer willing.

I am not willing because our Congress, in concert with our Administration, has together put this nation on a path to ruin and continues to ignore basic arithmetic which states quite-clearly that this entire game is going to come to a catastrophic end of it is not stopped, and it has already ruined far too many ordinary Americans.

These scams and frauds are on display daily from the banksters, including HFT abuse (as Nanex has documented tirelessly), foreclosure fraud (robosigning, destruction of land title systems, seizing the wrong house and more), SSDI fraud, food stamp fraud and the entire medical industry including the latest outrage in Maine with Pharma suing to enforce laws that were passed legalizing direct violations of The Sherman Act. And that's just a short list; talk to the Truckers headed to DC for the next three days and you'll find they've got a whole host of complaints as well.

In addition our monetary policies over the last five years caused the doubling of basic commodities -- like food -- in places such as Egypt, which were directly responsible for the political turmoil and deaths of innocent people over there.

Today Ryan stepped forward to claim that Ronald Reagan "worked with" Tip O'Neill (Speaker of the House at the time) to get a "deal" that cut our long-term deficits and debt. Oh really? Reagan, if you remember, cut a "deal" for $3 in spending cuts for every dollar in tax increases in 1982. What he actually got was all the tax increases immediately and none of the spending cuts -- and the punishment leveled on Congress for lying through their teeth was zero. Further, deferring Social Security's problems for 25 years did not fix them, and those changes were only made when the system was literally under the gun and facing immediate (within 12 months!) insolvency.

That was the problem then -- Congress.

Ryan and Boehner have no intention of actually balancing the budget -- ever. The so-called "Ryan Budget" calls out a fantasy world in which 5% GDP growth continues forever, with no recessions, which has never happened in the history of the United States. It also presumes that at the same time of such "economic prosperity" debt service costs will not explode higher, but they will if that growth was to happen because interest rates will go up and as such the cost of debt service ramping will decimate the "declining deficit" projections...

...The only solution is to accept what we have done. To stand before the American people and confess, ask forgiveness and promise to sin no more. To accept the economic hardship that will come including the fact that the very wealthy will take proportionately more of the hit than the working man and poor, but everyone is going to get hit because we have all been living beyond our means.

If we must provide three hots and a cot to people who are truly destitute then do that directly -- no more SNAP cards, no more Section 8, a literal soup line and a cot in a building with a place to take a dump and a shower we can provide to all who actually need it.

It's time to quit screwing around, not because we want to, but because our time with this game has expired, and we are headed straight for a fiscal and economic cliff from which we will not recover if we do not stop now.

Don't believe him? How about David Malpass, a former deputy assistant Treasury secretary?

At its core, the shutdown is part of a much bigger battle to restrain the federal government. It is spending $3.6 trillion per year without a budget, and its expenditures are expected to increase rapidly in the years ahead. 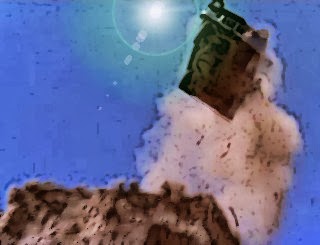 Meanwhile, the government has piled up $17 trillion in debt and $60 trillion more in unfunded spending promises. The Federal Reserve will borrow $1.1 trillion in 2013 alone to buy bonds—and it reserves the right to borrow unlimited amounts for future bond purchases without congressional or presidential permission.

These are crisis-level problems. Whether the government is open or closed, they are surely grounds for immediate talks between the president and Congress on ways to pare ineffective federal programs, restrain spending and reduce borrowing.

We need to be shouting this from the rooftops day in and day out. The system is headed for collapse. Not in 50 years, 20 years or even 10.

Find Your Representative, call them, and tell them to HOLD THEIR GROUND

The system is headed for collapse and every warning light on our nation's dashboard is blinking red.

Use the box at right.

Use it tonight, tomorrow and the next day.

Use it like the country depends on it. Because it does.

At this point, we know who most of the people people in Congress are.

On the other hand, WE are outrageous idiots for tolerating an incompetent, backstabbing coward such as John Boehner as the most public, most powerful GOP elected official. As such, we have to temper our criticism of the indoctrinated drones we mock. At least the drones are ignorant. We have no such excuse.

To hell with Denninger, he voted for Obama twice.

Not only did Denniger vote for Obama, he was also a big supporter of OWS (Occupy Wall Street). While the guy has some good things to say on economics, he always manages to find an excuse to politically support the Leftists.

Jason, etc. - I had no idea Denninger voted for Obama, don't follow him that closely. If that's true, he has no right to bitch.