Junk Science: Al Gore, patron saint of climate fraud, argues with Australia's prime minister that its brushfires are not caused by warming and that the record shows the koala bear, like the polar bear, is quite safe. 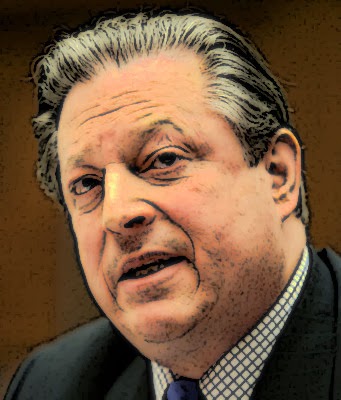 They were the largest Australian bushfires in a populous region in recorded history, consuming half the state of Victoria, claiming 12 lives and destroying an estimated 1 million sheep and thousands of cattle. And they occurred in February 1851 during one of the coldest years on record.

Bushfires have been part of Australian life for centuries, long before the Industrial Revolution and the sale of the first SUV.

Australia has been battling another round of massive bushfires west of Sydney for more than a week now, fires not unlike those that have occurred throughout its history. The difference is that this time we have Al Gore and his climate co-conspirators at the U.N., the corrupt and fraudulent Intergovernmental Panel on Climate Change, to blame the fires on climate change.

Abbott has also dismissed U.N. climate chief Christiana Figueres' assertion that there was "absolutely" a connection between wildfires and rising global temperatures.

In an interview with CNN's Christiane Amanpour on Monday, Figueres, the head of the U.N.'s climate change negotiations, said there was a clear link between climate change and bushfires such as those raging in New South Wales.

That global temperatures have flat-lined for the past 15 years or so doesn't seem to bother Gore or Figueres. Ignoring the historical record and current satellite observations and measurements, Gore equated Abbott's comments to the insistence by tobacco companies for decades that there was no link between cigarette smoking and lung cancer.

"It reminds me of politicians here who got a lot of support from the tobacco companies and who argued to the public that there was absolutely no connection between smoking cigarettes and lung cancer," Gore said on ABC's Los Angeles affiliate Wednesday night.

This echoes the mantra of the climate scammers that climate change "deniers" have long had their science-based skepticism subsidized by energy companies.

Yet it is Al Gore and others like him who have gotten rich peddling their climate fiction, while leading governments to stunt economic growth and divert scarce billions to chase a mirage.

The inconvenient truth for Gore et al is that wildfires have been decreasing as have been instances of drought that cause them.

"Historical analysis of wildfires around the world shows that since 1950 their numbers have decreased globally by 15%," wrote Bjorn Lomborg of the Copenhagen Consensus Center and the Copenhagen Business School in the Wall Street Journal.

Lomborg also pointed to a study published in Nature in November showing globally that "there has been little change in drought over the past 60 years."

Domestically, the number of wildfires across the U.S. this year is on pace to be the fewest in the past 10 years and the acreage involved is at the second lowest level in that same period, according to an analysis by the National Interagency Fire Center.

The only useful thing Al Gore can do about the Australian bushfires is maybe to grab the business end of a fire hose and try to help put them out.

Gore also got rich peddling cigarettes as I recall....