BOOM: Ironclad Proof That "This shutdown was orchestrated and planned [by] the White House"

I have worked in the government on and off for 40 years. During that time I became quite familiar with requisitions, bidding, awarding contracts etc. It is a time consuming process with bean-counters and pencil-necked bureaucrats every step of the way. 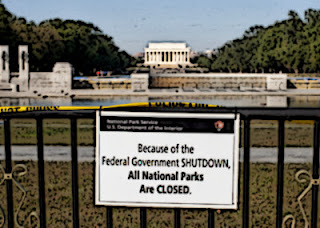 The simplest request takes months not days or hours.

In less than 8 hours of the shutdown, miraculously, professionally printed 3-by-4 foot signs appeared all over the country in the tens of thousands saying this [park, facility, etc. with custom logos] closed due to government shutdown.

There has not been a government shutdown in 17 years.

These signs were designed, specifications were determined, signs were then requisitioned, bids were posted and vetted, government contracts were awarded.

The materials were then ordered and the signs manufactured then distributed by the USPS or freight companies. 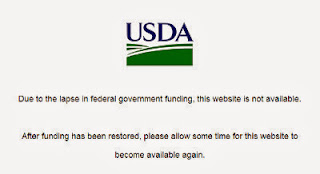 This shutdown was orchestrated and planned well in advance at least 6-8 month ago.

Likewise with all of the government websites that instantly flipped over to landing pages that read "due to the lapse in federal government funding, this website is not available."

Millions of tax dollars were appropriated and spent in this process.

Let me repeat that: millions of your tax dollars were spent preparing for this.

There is a paper trail a mile long leading directly to the White House.

Precisely. The stupid Repubics know how these things work. Yet, they can't even articulate the message that this had to be planned in advance. They are allowing this great republic to be dismantled and destroyed wholesale. How I despise them.

Or it was printed after the first shutdown, when it was obvious that this would happen again?

It's not like the Republicans weren't broadcasting their intent to shutdown the government months in advance.

Who's to say that employees of these respective departments didn't just print them up, ad hoc?

On a related matter, I don't know if the following is intended to be "leverage" to get a budget deal, or civil war:

LOL - REALLY? I worked for the census, if we needed a laminated sign we went to Kinko's and had it made that same day. The contract negotiation was probably over who would do all of the office supplies, so at this point they probably used STAPLES. Anyway, thanks for the laugh! No wonder you guys fear government, you guys are so gullible you'll fall for anything: http://www.youtube.com/watch?v=T6XimtrSnLk

Anonymous, the first shut-down, back during the Carter days?

This is the first time anyone has shut down the Veterans Memorials, by itself a good indication the idea came from the Spite House..

Obama routinely shows his contempt for our military, Veterans and Military tradition -

He Did so on Memorial Day 2012 when he shut down the Vietnam Memorial Wall to veterans for the day because he wanted an afternoon photo-op.. He refers to them as My Military and seems to believe they and we are too stupid to understand funding and arming terrorists in Syria will eventually put our people at risk. To active and former Military failure to assist is a crime worthy of hanging, always has been. Yet he failed to assist in Benghazi.. No, shutting down the Memorials was pure Obama

theBronze-- those signs were professionally done..

The threat of a shutdown has been an annual occurrence by the Republicans so it not hard to believe that there has been some planning involved. That is what a well-organized government does -- plan for disasters. Sorry that they finally did it but that's the sad state of the current Congress.

>> Likewise with all of the government websites that instantly flipped over to landing pages that read "due to the lapse in federal government funding, this website is not available."

The landing pages were set up at the Department level a week or so in advance, just in case. As soon as the announcement was made, IT folks here at the Bureau level flipped a switch on the routers to redirect traffic to those landing pages.

Because we all know websites won't run without non-essential human intervention.

I've worked as a seasonal park ranger for a few years now. The original post is simply, totally wrong.

If we need a sign, we just make a sign. We already have the materials, we have plotters and laminators large enough to make even the big signs this guy claims are "ironclad proof."

There are no contracts, no bidding, nothing like that.

Employees just make the signs and put them up. Guess it's time to move on to some other stupid conspiracy theory.