If NBC News is revealing this much, the true tale must be far, far worse. NBC Investigations reports that the Obama administration knew in advance that their catastrophic takeover of the health care industry would throw millions off their plans.

President Obama repeatedly assured Americans that after the Affordable Care Act became law, people who liked their health insurance would be able to keep it. But millions of Americans are getting or are about to get cancellation letters for their health insurance under Obamacare, say experts, and the Obama administration has known that for at least three years. 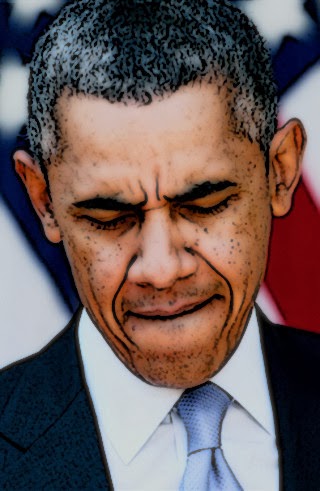 Four sources deeply involved in the Affordable Care Act tell NBC NEWS that 50 to 75 percent of the 14 million consumers who buy their insurance individually can expect to receive a “cancellation” letter or the equivalent over the next year because their existing policies don’t meet the standards mandated by the new health care law. One expert predicts that number could reach as high as 80 percent. And all say that many of those forced to buy pricier new policies will experience “sticker shock.”

...the administration knew that more than 40 to 67 percent of those in the individual market would not be able to keep their plans, even if they liked them.

...Those getting the cancellation letters are often shocked and unhappy.

George Schwab, 62, of North Carolina, said he was "perfectly happy" with his plan from Blue Cross Blue Shield, which also insured his wife for a $228 monthly premium. But this past September, he was surprised to receive a letter saying his policy was no longer available. The "comparable" plan the insurance company offered him carried a $1,208 monthly premium and a $5,500 deductible... And the best option he’s found on the exchange so far offered a 415 percent jump in premium, to $948 a month...

...Richard Helgren, a Lansing, Mich., retiree, said he was “irate” when he received a letter informing him that his wife Amy's $559 a month health plan was being changed because of the law. The plan the insurer offered raised his deductible from $0 to $2,500, and the company gave him 17 days to decide...

..."I heard him only about a thousand times," he said. "I didn't believe him when he said it though because there was just no way that was going to happen. They wrote the regulations so strictly that none of the old polices can grandfather."

Kudos to NBC's Lisa Myers and Hannah Rappleye for publicizing what most of us already knew.

Obamacare isn't about health care. It's about control. It's about changing the relationship between the government and the individual. It is designed explicitly to give the government control over every American family's mental and physical well-being, which it can use to reward its political allies and punish its enemies.

Anyone with an ounce of intellectual honesty would admit as much, which excludes Juan Williams and the rest of the drones who relentlessly cheerlead for their own destruction.

Imagine what chaos there would be right now if they hadn't delayed the employer mandate.

Now you know why there has been air assault exercises being conducted against the possibility of mass urban uprisings.

My employer is considering dropping spousal coverage, because, as we know, the law mandates coverage of "children" to age 26, but if fails to mention spouses.

This will turn out to be an expensive change to our health care costs if it happens.

Not only is it going to change your healthcare, but it will entirely eliminate your freedom---which is really the whole point.

Any neighborhood Cop will tell you that if you lie to him once you will forever be a lying dirt bag to him.
But America lines up to bend over and grab their ankles for a lying pretender and an administration of murdering, whoring, and rapist thieves.
America, led by the nose to slaughter and that without whimper or protest, lacking even the faculty to call a liar out for his perfidy.

This nothing more than a gratiutious truthful news story by NBC to diflect criticizm of them. They're already back on the propaganda track.

NBC died as a news organization a long time ago. Trust is zero, and will be forever more.

iParrot Post is a global read and reporting news platform that enable users to post their account of events witnessed, worthy local and International news. iParrot Post is a breaking news portal.iParrot Post exists to provide independent news and information to the masses, comprised of news feeds from around the world. We enable our users and subscribers to submit local News that they see as important. It is also a portal to allow users and subscribers to comment and contribute to the News events of the day.
Worldwide News UK
English UK News
Local UK News
UK Political News
English British Sports News
Business UK News
Breaking UK News
Technology UK News