No need to wait around three years and beyond to know what Barack Obama’s “legacy” will be. It will be failure. Few, if any, presidents have demonstrated his level of incompetence and ineptitude. 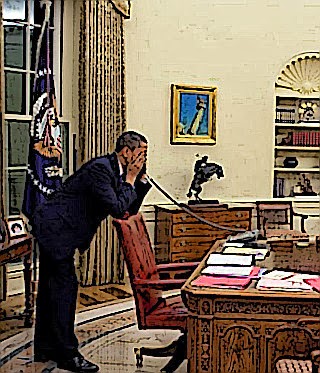 Obamacare, the Affordable Care Act, is called President Obama’s legacy legislation, the one for which he will be remembered, much as Franklin D. Roosevelt is remembered for Social Security or Harry Truman is remembered for Medicare. Obama is likely to regret his legacy, though you can be sure that while he lives he will blame its failure on everyone but himself.

Obamacare, enacted in his first term, will be emblematic of the eight years in which every policy Obama initiated swiftly became a failure. Does anyone recall his “stimulus” with “shovel ready jobs” that did not materialize? Or “Cash for Clunkers”? How many millions were loaned to “green energy” companies that rapidly went bankrupt?

Not everything failed. His “war on coal” has been a success if you measure success in the number of plants generating electricity shut down and workers laid off. And, of course, there is the doubling of the national debt. It’s a long list.

The legislative history of Obamacare begins when it was passed by the House on November 7, 2009 and by the Senate just before midnight on Christmas Eve, 2009. Both houses of Congress had Democratic Party majorities, but it required a lot of arm-twisting and political bribery to enact the bill. President Obama signed it into law on March 21, 2010. It is doubtful that most members of Congress actually read the bill before voting to pass it.

By 2010, the midterm elections gave power to Republicans in the House and narrowed the margin in the Senate. Significantly, the Senate refused to consider any of the legislation the House sent over to end the government shutdown.

Virtually everything the President said about Obamacare before and since its passage has been a lie. In many ways Obamacare is a mirror image of his character or lack of it. Passed off as a moral responsibility to provide health insurance coverage to those who could not afford it, Obamacare is filled with hidden taxes. When you tax something, you tend to get less of it. It is blatantly unconstitutional in its implementation of fines for failing to sign up.

To date, Obamacare’s initial impact has been to turn fulltime jobs into part-time jobs. It has doubled and tripled insurance premiums. It has caused a reduction in physicians as many elect to retire or close their private practices due to its low levels of compensation. Many will not accept patients on Medicare or Medicaid.

Indeed, to implement Obamacare, $500 billion was taken from Medicare with an additional $818 billion to be taken from Medicare Part A in 2014-2023. For the senior citizens who were depending on Medicare to help cover expenses, the likelihood is that they will receive reduced services and a poorer quality of care, if they even find care.

The nationalization of 16% of the nation’s economy has been a socialist dream that has been around since the 1980s. It has arrived and, like socialism everywhere, it is a failure.

Another Obama legacy is his failure to get the economy on track since the 2008 financial crisis. It was a crisis caused by the interference in the housing market that has been around since the creation of two government “entities”, Fannie Mae and Freddie Mac, who not only purchased billions in mortgage loans, but demanded that loans be made to those who lacked the capacity to repay them. They then bundled the loans as “assets” and sold them to Wall Street. Though Wall Street is blamed for the crisis, the government seized control of Fannie Mae and Freddie Mac. Both are back in business. This is a formula for future crises.

According to the latest figures from the Bureau of Labor Statistics, 90 million Americans are not working.

A recent report from a coalition of businesses, advocacy groups, policy experts, and nonprofit organizations concluded that 49 states have seen an increase in the number of families living in poverty and 45 states have seen household median incomes fall in the last year.

Led by Opportunity Nation, a think tank that focuses on the young, the report concludes that almost 15% of those aged 16 to 24 no longer attend school or have a job. This is a vast aimless and frequently hopeless cohort of the population. It does not bode well for the future in terms of skills that will not be taught and will not be utilized.

And yet this is a President who, in the wake of the failure of the Obamacare website, said, “Thousands of people are signing up and saving money as we speak.” He is lying.

Like the fable of the little boy who cried wolf too often, millions of Americans no longer believe anything Obama says these days. Even for his supporters, the evidence is so great as to be unavoidable.

It is increasingly likely that the 2014 midterm elections will resemble the 1994 election that returned Republicans to control of Congress after some four decades by the Democratic Party.

at 7:47 PM
Email ThisBlogThis!Share to TwitterShare to FacebookShare to Pinterest

Obama's legacy is a failure only if you measure in its effect on our country. If you consider how much he enriched his constituents, then, its been very, very profitable for some.

Stimulus? Those dollars might not have been applied to shovel ready projects, but unions and organizations closely aligned with Obama's party, received the bulk of that swag.

Obamacare? You can't tell me that if Insurance companies weren't going to make large amount of profits with its implementation, their howls of protest would have stopped the legislation in its tracks. And the consultants and lobbyists employed during the legislation battle all were paid handsomely.....and then the Navigators....there is a full employment program for every Democratic Party affiliated group...Planned Parenthood, Acorn...yes, long term effects are devestating, but short term, Obama has made some people very rich and very happy....oh, including Gun Manufactorers...they have never had it so good.

Bin Laden is dead and GM is alive! Yay, Obongle!!! It's Bush's fault!