Scandal: A deadly battle involving grenades between a drug cartel and Mexican police has added to the toll of lives taken with weapons trafficked by suspects that U.S. officials watched but did not stop.

The same Obama administration officials responsible for letting thousands of weapons walk into Mexico and right into the hands of drug cartels in Operation Fast and Furious also passed on several opportunities to arrest and prosecute an arms smuggler who was busy supplying the cartels with hand grenades. 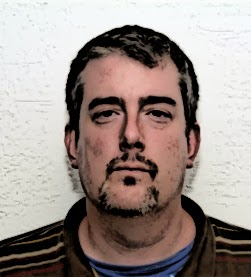 This according to a report by Sharyl Attkisson of CBS News, the one reporter who has taken the time to expose the deadliest of the administration's "phony" scandals.

Attkisson, whose yeoman work exposed much of the Bureau of Alcohol, Tobacco, Firearms and Explosives' Fast and Furious operation, acquired a Justice Department "Significant Incident Report" filed last Tuesday. It details a deadly drug-cartel shootout with Mexican police in Guadalajara last week that killed three policemen and four cartel members and in which at least 10 hand grenades were used.

Grenades have been a weapon of choice for the Mexican cartels. A cartel attack on Aug. 25, 2011, in a Monterrey casino killed 53 people. One of those used in last week's battle with the Jalisco New Generation Cartel has been linked to Jean Baptiste Kingery, an alleged firearms trafficker U.S. officials allowed to operate for years without arresting despite significant evidence that he was supplying the cartels with massive amounts of grenade parts and ammunition.

Kingery's smuggling is not directly part of Fast and Furious. But, as Attkisson reports, the Kingery case was overseen by the same U.S. attorney in Arizona and ATF office in Phoenix that let suspects traffic thousands of weapons to drug cartels in the operation that resulted in the deaths of Border Patrol agent Brian Terry and ICE agent Jaime Zapata.

The Fast and Furious pattern of failing to interdict the weapons flow or arrest those involved in a timely manner is once again apparent. In 2009, ATF learned that Kingery, already under suspicion for running AK-47s into Mexico, was also dealing in grenades.

"Documents show they (ATF) developed a secret plan to let him smuggle parts to Mexico in early 2010 and follow him to his factory. Some ATF agents vehemently objected, worried that Kingery would disappear once he crossed the border into Mexico. That's exactly what happened," Attkisson reports.

Kingery resurfaced in January 2010 and was again under ATF surveillance after he bought about 50 grenade "bodies" and headed to Mexico. Six months later, Kingery was caught leaving the U.S. for Mexico with 114 disassembled grenades in a tire.

Kingery, who in addition to his gun-running is suspected of smuggling parts for as many as 2,000 grenades into Mexico, could have been prosecuted in the U.S. at least twice for violating export control laws. But each time, prosecutors in Arizona refused to make a case.

The U.S. attorney for Arizona at the time was Dennis Burke, a onetime Obama campaign donor who oversaw Fast and Furious and helped convert it from a gun-interdiction to a gun-walking program, and who resigned shortly after Brian Terry's murder made the scandalous operation public.

Burke's assistant, Emory Hurley, has been transferred. Sources say Hurley is the one who let Kingery go, saying grenade parts are "novelty items" and the case "lacked jury appeal." There's no way to know how many died as a result of the decision to let Kingery walk repeatedly and continue his murderous smuggling.

The carnage from U.S. agents allowing guns and grenades to cross the border continues, as does the stonewalling by Attorney General Eric Holder's Department of Justice. No one has yet been punished for what at the very least is criminal negligence and prosecutorial misconduct in a continuing national shame.

Please click to watch trailer 2014 of this film : Trailer Fast And Furious 2014