Defense: The firing of two nuclear commanders in a week adds to a body count that suggests we have either the most corrupt and incompetent general staff in history or our military is being reshaped for other purposes. 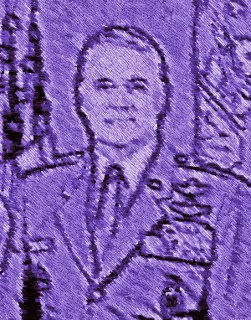 The Obama administration, which has fired no one over scandals such as its Fast and Furious Mexican gun-running operation, its criminal negligence in the terrorist attack on our Benghazi diplomatic mission, or the use of the IRS to target and intimidate political foes, seems to have a curious obsession lately about ethics and competence in the U.S. military.

Last week the Air Force's two-star general in charge of the units responsible for its 450 nuclear missiles was fired "due to a loss of trust and confidence in his leadership and judgment," an Air Force statement said.

Maj. Gen. Michael Carey had commanded the 20th Air Force, responsible for the three wings that maintain control of the 450 intercontinental ballistic missiles scattered in missile silos across the northern plains.

The statement added that the decision to relieve Carey was based on information from an inspector general investigation into Carey's alleged behavior during a temporary duty assignment, which is the military's term for business travel. It was said to have nothing to do with the operational readiness of the ICBM force or recent failed inspections of ICBM units.

Carey's removal comes on the heels of President Obama's personal removal of the No. 2 officer at U.S. Strategic Command, which among other things oversees the military's nuclear forces. Vice Adm. James Giardina had earlier been suspended from that command after a criminal probe into his potential use of counterfeit poker chips at an Iowa casino.

Granted, command of any portion of our nuclear forces is a tremendous responsibility that cannot be compromised by personal indiscretions.

But these and other moves come from an administration that has shown no great devotion to accountability while it has gutted the military, using it as the fall guy in both budget cuts and the sequestration process.

These are just two in a string of recent military firings.

Rear Adm. Chuck Gaouette, the former John C. Stennis Carrier Strike Group commander, was relieved in October 2012 for swearing and allegedly making racially tinged comments that resulted in him being flown off an aircraft carrier deployed to the Arabian Gulf.

Suspicions are that Gaouette's firing by President Obama was due to this strike force commander disobeying orders when he ordered his forces on Sept. 11 to "assist and provide intelligence for" military forces ordered into action by U.S. Army General Carter Ham, who was then commander of the United States Africa Command, against terrorist forces attacking the American Consulate in Benghazi, Libya.

Ham was ordered to "stand down," an action the administration denies, and was also relieved of his post.

Gen. James Mattis, a Marine legend, was recently unceremoniously rushed out the door as commander of U.S. Central Command allegedly for questioning administration policy on Iran. A pair of two-star Afghan commanders, Maj. Gen. Mark Gurganus and Maj. Gen. Gregg Sturdevant, were relieved allegedly for failing to provide "proper force protection" against Taliban attackers, a curious charge in light of the administration's absurd rules of engagement.

President Abraham Lincoln was famous for firing his generals until he found the likes of Grant and Sherman, commanders ruthlessly committed to victory and supremacy over adversaries. Somehow we doubt President Obama has quite the same agenda.

For many, it's hard to believe Valerie Jarrett and Barack Obama's likely conversations about a takeover of the nation via martial law.

To us, it's happening. The purge of the military of officers unwilling to shoot down Americans supporting the constitution is happening. In their place, will be indoctrinated monsters happy to gun down the likes of you and I.

Does everyone NOW see the danger of having a corrupt, backstabbing, incompetent fool as the GOP House Speaker?

Boner is an incompetant corrupt fool, that is obvious. Both Dems & GOP fail to address root cause problems with USA's gradual degredation. But there is less than zero probability of martial law or anything resembling anything hinting of instability

Who gave General Ham the Order to stand down?