See if you can deduce Dear Leader's strategy for dealing with a hostile world. 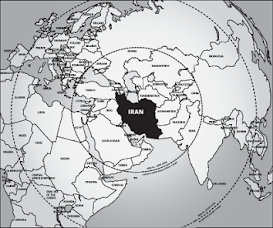 In another example of the White House bypassing Congress to avoid a vote it would lose, the Obama administration will not to seek congressional approval to suspend sanctions against Iran if a deal on the Islamic republic’s nuclear program can be reached, The New York Times reported Sunday night.

According to the report by David Sanger, citing American and Iranian officials, Iran has agreed in principle that a “suspension” of sanctions would be enough for them to take away from the negotiating table.

"There is a crisis with the Americans and it needs to be addressed as a crisis," Finance Minister Yair Lapid said Saturday after ongoing tensions between Washington and Jerusalem led US officials to block Defense Minister Moshe Ya'alon from meeting with senior administration officials during his current US visit.

Top Iranian Official: Obama is ‘The Weakest of U.S. Presidents’

The Iranian president’s senior advisor has called President Barack Obama “the weakest of U.S. presidents” and described the U.S. leader’s tenure in office as “humiliating”...

The comments by Ali Younesi, senior advisor to Iranian President Hassan Rouhani, come as Iran continues to buck U.S. attempts to woo it into the international coalition currently battling the Islamic State (IS, ISIL, or ISIS).

And with the deadline quickly approaching on talks between the U.S. and Iran over its contested nuclear program, Younesi’s denigrating views of Obama could be a sign that the regime in Tehran has no intent of conceding to America’s demands.

The Israelis have illegally occupied Palestinian territories for almost 40 years now. It took a divestment campaign to wake the business community up concerning the South Africa issue. Divestment has now hit the table again as a strategy to wake the business community up and to wake Americans up concerning the injustice and the racism under which the Palestinians have lived because of Zionism.

Mr. Obama marinated in the anti-semitic, anti-American hatred espoused by Wright for 20 years.

I see no credible way to think that his foreign policies have anything but the demise of Israel as their goal.

President Ebola Boy is as deranged as any leftist hysteric. He's just lazier.