TECH QUOTE O' THE DAY: Was Windows 8 the Worst Operating System of All Time?

As a new user of Windows 8.1, I find myself nodding in agreement with this missive by Preston Gralla.

Is Windows 8 the worst operating system Microsoft has ever released? There are some bombs it has to compete against. Windows ME was laughably bad, and lasted only a little more than a year before Windows XP was released. But Windows ME's badness was nothing compared to the awfulness that was Windows Vista, a bug-ridden, hardware-unfriendly operating system with high-end system requirements and annoying features such as overly intrusive User Account Control.

Being worse than Windows Vista takes some work, but Windows 8 has proved to be up to the task. It forces users of traditional computers to wrangle with an operating system built for touchscreen tablets, and it bolts together two entirely different operating systems. Even Rube Goldberg would have been embarassed to sketch out something like this. 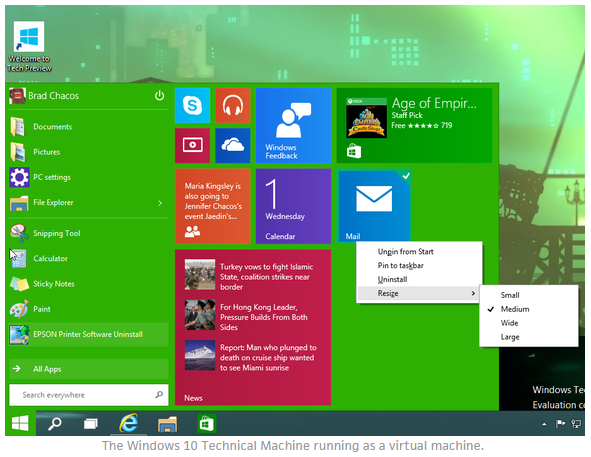 The consequences of Windows 8's problems will haunt Microsoft for far longer than Vista did. Windows 7 largely fixed what was wrong with Vista, and as a result Microsoft suffered no serious long-term losses because of it. Not so with Windows 8. Windows 8 came out at a time when Microsoft needed to make a splash with tablets. But because its tablets were forced to run an operating system built for both tablets and traditional computers, Windows 8 has never been a great tablet operating system. As a result, Microsoft fell behind even further in mobile.

That's quite a remarkable accomplishment: A single operating system hurting Microsoft in both mobile and traditional computers simultaneously.

The good news for Microsoft is that it seems to have recognized Windows 8's failures. The question is whether the next version of Windows can help Microsoft recover from them.

A quick glance at some preview versions of Windows 10 indicates the bizarre, tiled home page of v8 is now subservient to a conventional Windows interface. It's a positive move, at least for desktop and laptop users.

As for a mobile UI, I have no idea what MSFT will do next. The Metro-style, tiled interface clearly hasn't gotten traction against iOS or Android.

If I were in charge of Microsoft, I'd be building as many Office and Sharepoint apps for the successful operating systems as possible. But, then again, I'm not even in charge of my own household, so who am I kidding?