Public Health: A disease that was once rare in the U.S. is killing Americans, and its rise coincides with the tidal wave of unaccompanied minor children arriving from Latin America under our de facto open-border policy. 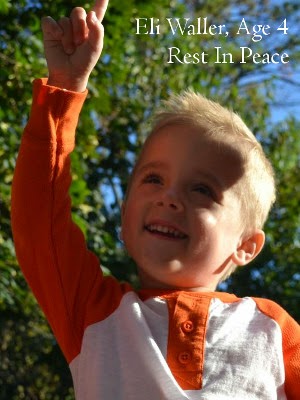 Eli Waller, a 4-year-old New Jersey boy, died Sept. 25. He was reportedly fine and healthy when he went to bed but died overnight, with the cause confirmed by the Centers for Disease Control to be enterovirus D-68 (EV-D68), one more casualty in an epidemic that has swept the country seemingly out of nowhere.

The CDC website reports that from mid-August to Oct. 10, the CDC itself or state authorities confirmed that 691 people in 46 states and the District of Columbia had come down with some sort of respiratory illness caused by EV-D68. Five children, including Eli, died from their infections.

More than a few observers have noticed that the sudden increase in EV-D68 cases coincides with the rapid rise of unaccompanied minors crossing our porous border. These children, often without proper health screenings, have been distributed throughout the U.S.

The CDC denies any connection, noting that cases of EV-D68 have occurred in the U.S. for decades, having first been detected in California in 1962.

"There is no evidence that unaccompanied children brought EV-D68 into the United States, we are not aware of any of these children testing positive for the virus," the CDC told World Net Daily in an email response to an inquiry into the possible connection.

It is true that EV-D68 has been in the U.S. at least since 1962. But according to a study done by doctors from the Division of Viral Diseases at the National Center for Immunization and Respiratory Diseases published on the CDC's own website, EV-D68 "is one of the most rarely reported serotypes, with only 26 reports throughout the 36-year study period (1970 through 2006)."

There's often a disconnect between coincidence and correlation. But we suspect that the jump in cases from 26 in 36 years to nearly 700 in one year coming at the same time as the open-border influx of improperly screened illegal aliens is more than just a coincidence.

As the relentless investigative reporter Sharyl Attkisson points out, a 2013 study in Virology Journal found human enteroviruses, including EV-D68, present in 3% of nose and throat swab samples taken from children from Latin America under 8 years old with a median age of 3. Related human rhinoviruses were found in 16% of the samples, according to the study authored by a team of virologists headed by Josefina Garcia from U.S. Naval Medical Unit 6 in Lima, Peru.

"Keep in mind that Latin American children likely have some immunity and may not be sick, while still contagious," Dr. Jane Orient, executive director of the Association of American Physicians and Surgeons, told World Net Daily.

So infected unaccompanied minors might not even show any symptoms detectable in screenings.

"Most of the border minors are being kept in overcrowded facilities ridden with poor hygiene," Dr. Elizabeth Lee Vliet, a preventive medicine specialist, told Breitbart News this summer, as the border flood escalated. "This is the ideal condition for a viral outbreak."

The dispersal of illegal aliens, including unaccompanied minors, throughout the U.S. without proper medical screening is an appalling dereliction of duty by a president and an administration sworn to protect the health and safety of American citizens.

And after the CDC's bungling, rethinking and dissembling about the Ebola outbreak, it looks as if we can't trust anything it says about the origins and spread of EV-D68, either.