Remember, he's got a pen and a phone! And isn't that all that the Constitution requires? 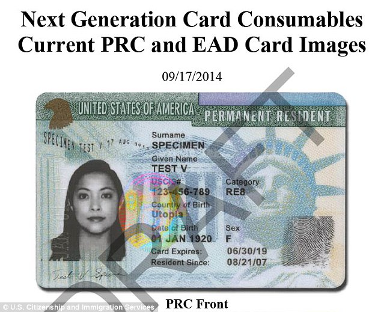 Despite no official action from the president ahead of the election, the Obama administration has quietly begun preparing to issue millions of work authorization permits, suggesting the implementation of a large-scale executive amnesty may have already begun.

Unnoticed until now, a draft solicitation for bids issued by U.S. Citizenship and Immigration Services (USCIS) Oct. 6 says potential vendors must be capable of handling a “surge” scenario of 9 million id cards in one year “to support possible future immigration reform initiative requirements.”

Hey, don't the American people overwhelmingly favor importing tens of millions of largely illiterate refugees from Third World countries -- with unknown health conditions and criminal backgrounds -- who will be dependent on the imploding welfare state?

Up to 34 MILLION blank 'green cards' and work permits

U.S. Citizenship and Immigration Services plans to seek a vendor to produce as many as 34 million blank work permits and 'green cards' – the paperwork that authorizes illegal immigrants to live and work in the United States – as the White House prepares to issue an executive order after the Nov. 4 midterm elections.

...Former State Department foreign service officer Jessica Vaughan, now an immigration expert at the Center for Immigration Studies, told Breitbart that the RFP 'seems to indicate that the president is contemplating an enormous executive action that is even more expansive than the plan that Congress rejected in the 'Gang of Eight' bill.'

These Ebola Democrats* have to be nuked from orbit in November. It's the only way to be sure.


* Which is the term they prefer, I hear.