I CAN’T take it anymore. If one more person sends me that e-mail about Hillary and the Black Panthers, I’ll have to be dragged away screaming in a straitjacket. 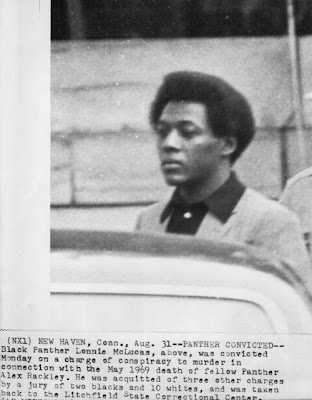 You know the e-mail I’m talking about. It accuses Hillary of helping the Black Panthers get away with torture and murder during the early 1970s. With a presidential race drawing near, the spam mills are creaking to life, flooding the Internet once more with this agitprop classic.

Unfortunately, the e-mail mingles good information with bad, sowing more confusion than enlightenment. Some versions, for instance, carry the by-line of radio talk jock Paul Harvey, who says he did not write it. Such misrepresentations help Hillary defenders dismiss the e-mail as a hoax.

The story is no hoax, though. Its basic elements can be found in respected Hillary biographies and exposés such as Barbara Olson’s Hell to Pay; David Brock’s The Seduction of Hillary Rodham; Joyce Milton’s The First Partner; and Carl Limbacher’s Hillary’s Scheme.

Here are the facts.

In May 1969, fishermen discovered the body of Black Panther Alex Rackley floating in Connecticut’s Coginchaug River. Rackley’s captors had clubbed him, burned him with cigarettes, scalded him with boiling water and stabbed him with an ice pick before finally shooting him in the head.

New Haven detectives learned that the Panthers suspected Rackley of being a police informer. Panther enforcers had tied him to a chair and tortured him for hours. Police arrested eight Panthers and later extradited Panther leader Bobby Seale from California, after a witness accused Seale of ordering Rackley’s death. (1)

Campus radicals supported the Panthers. They organized mass protests in support of the so-called “New Haven Nine.” Hillary was right in the thick of it.

By the time she entered Yale Law School in 1969, Hillary was already a radical celebrity on campus. Life magazine had featured Hillary in a piece titled, “The Class of ’69,” which showcased three student activists whom Life’s editors deemed the best and brightest of the year. A line Hillary used in her Wellesley College commencement speech appeared under her photo: “Protest is an attempt to forge an identity.” (2)

At Yale, Hillary helped edit the Yale Review of Law and Social Action — a leftwing journal which promoted cop-killing and featured cartoons of pig-faced police. (3)

A series of hard-Left mentors introduced Hillary to the brass-knuckle realities of revolutionary activism. As a Wellesley undergraduate, she met and interviewed radical organizer Saul Alinsky, whose Machiavellian tactics she admired. Hillary’s senior thesis supported Alinsky’s call for class warfare. (4)

At Yale, Hillary found a new Svengali, in the form of leftwing law professor Thomas Emerson, known around campus as “Tommy the Commie.” Emerson recruited Hillary and other students to help monitor the trial of the New Haven Nine for civil rights violations. Hillary took charge of the operation, scheduling the students in shifts, so that student monitors would always be present in the courtroom. She befriended and worked closely with Panther lawyer Charles Garry. (5)

Some believe that the enormous pressure exerted by the Left helped ensure light sentences for the New Haven Nine. Whether or not this is true, the punishments were mild.

“Only one of the killers was still in prison in 1977,” reports John McCaslin in the Washington Times. “The gunman, Warren Kimbro, got a Harvard scholarship and became an assistant dean at Eastern Connecticut State College. Ericka Huggins, who boiled the water for Mr. Rackley’s torture, got elected to a California school board.” (6)

Hillary’s defenders argue that she played no “significant” role in the New Haven Nine’s defense. This is semantic hairsplitting. Obviously, Hillary was less “significant” than Charles Garry or “Tommy the Commie” Emerson. But Hillary served as a trusted lieutenant to these movers and shakers. Moreover, she had a national profile as a campus activist. Hillary was no rank-and-file student protester, as her apologists claim.

Indeed, Hillary’s work for the Panthers won her a summer internship at the Berkeley office of attorney Robert Treuhaft in 1972. A hardline Stalinist, Treuhaft had quit the Communist Party in 1958 only because it was losing members and no longer provided a good platform for his activism. (7) “Treuhaft is a man who dedicated his entire legal career to advancing the agenda of the Soviet Communist Party and the KGB,” notes historian Stephen Schwartz. (8)

The defense of the New Haven Nine marked Hillary’s initiation into the sinister underworld of the hardcore, revolutionary Left. To my knowledge, Hillary has never publicly renounced nor apologized for her role in that movement.

thanks for shared aneka resep kue