WASHINGTON, D.C. – The effort to raise the minimum wage in Chicago and throughout the state of Illinois in general is not just about a higher salaries but about the ability to unionize, a labor leader said this week. 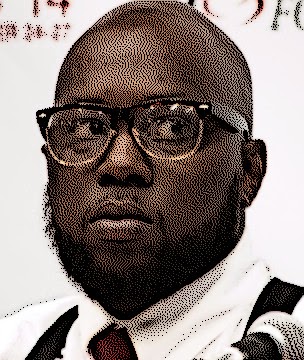 Speaking at a panel at the Congressional Black Caucus Legislative Conference in Washington this week, Kendell Fells a national coordinator for Service Employees International Union, said an increased minimum wage is not the ultimate goal of his group.

Fells, who also serves as president of Fast Food Forward – a group that advocates for an increased minimum wage for fast food employees across the country and including in Chicago – said his movement is more about unionizing employees in the fast food sector than it is about them making more money.

“Just to be clear, this is not a minimum wage campaign, these fast food workers are not trying to raise minimum wage,” Fells said. “They want to sit down with the $200 billion fast food industry and get the money out of their pockets and negotiate a union contract with them.”

Patrick Semmens is the vice president of public information at the National Right to Work Foundation. He says fast food workers should be careful what they wish for, because it might not be as great a deal as they think.

“Some of these jobs would be eliminated,” Semmens said. “It’s not too hard to see that technology and robots could take the place of some workers if it gets too expensive. That’s something that needs to be weighed.”

Semmens said most of this work to unionize is done purely for union dues revenue by large scale organizations.

“If they get their forced dues and a few workers lose their jobs, I don’t think that really concerns them very much,” Semmens said.

“What’s going on is a very concentrated, top-down effort by the SEIU to unionize workers,” he said. “If workers really felt like the needed a union, it would be happening on the floor of restaurants. They’d be organizing stores one-by-one. The process of union elections isn’t that difficult, but we aren’t really seeing that anywhere, and that’s because the organizing drive is a top down campaign being orchestrated from Washington.”

As recently as last month, fast food workers in Chicago staged a strike in support of increasing the minimum wage in the city to $15 an hour.

“People working in fast-food jobs are more likely to live in or near poverty,” Fast Food Forward says on its website. “Meanwhile, fast food corporations are posting records in profits and buybacks while spending billions on advertising and millions on corporate jets.”

Kendall (not Kendell) Falls made over $120,000 last year. Agitatin' and community organizin' is lucrative, for the grifters that control the drones of the labor movement.