Eli Lake at the Daily Beast has a piece out which is quite interesting as a follow-up to the New York Times’ expose earlier this week on the undisclosed massive chemical weapons finds in Iraq during the Bush presidency.

Lake has several sources who answer the question of why, if our troops were finding chemical weapons in significant quantities in Iraq as early as 2004 and some were becoming injured as a result of contact with those weapons, the Bush administration didn’t trumpet the discoveries as proof it wasn’t lying about Saddam Hussein’s weapons-of-mass-destruction program.

The answer? Because Karl Rove didn’t want to fight that battle anymore. 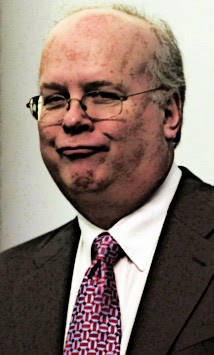 To people familiar with the issue, both inside that administration and outside, the blame for the coverup falls on one particular set of shoulders: Rove’s.

From the perspective of Rick Santorum, a Republican senator from Pennsylvania who lost his seat in 2006, some of the weapons of mass destruction President Bush promised would be in Iraq before the 2003 invasion of the country began turning up as early as 2004.

In an interview with The Daily Beast, Santorum said he and his staff began receiving photographs of discarded sarin and mustard-gas shells from U.S. soldiers in 2004. Two years later, when he was up for re-election, Santorum even went public with some of this information in a press conference disclosing a Pentagon report that found 500 chemical-weapons shells had been found in Iraq.

One might think a politically vulnerable Bush White House would’ve seized on Santorum’s discovery. After all, Bush and his subordinates famously accused Iraq of having active weapons of mass destruction programs.

Dave Wurmser—who served at the time as a senior adviser to Vice President Dick Cheney on national-security issues—remembers receiving a similar message from Rove.

According to Wurmser, “in 2005-6, Karl Rove and his team blocked public disclosure of these (findings) and said ‘Let these sleeping dogs lie; we have lost that fight so better not to remind anyone of it.’”

Reacting to this, Deroy Murdock at National Review was spot on…

Then-president George W. Bush’s critics used the most bitter and vicious tones to accuse him of deceiving America and the world about weapons of mass death. “Bush lied, people died” was the Left’s relentlessly repeated anti-Bush indictment. The liberal fever swamps were rife with theories that Bush, Vice President Dick Cheney, and their pals at Halliburton concocted the WMD charges from whole cloth. Why? To justify a U.S. invasion in order to seize Iraq’s oil fields. Lifting sanctions and simply letting Iraq’s oil flow must have been too much trouble.

The notion that Operation Iraqi Freedom rested upon a giant foundation of even bigger lies severely damaged the reputations of the United States of America, Bush, the conservative movement, and the GOP — the latter two of which tended to support the Iraq invasion. (So did then-senators Hillary Clinton, John Edwards, and John Kerry, and 108 other congressional Democrats at the time, although most later turned tail and pretended never to have voted to attack Iraq.)

Amid this wholesale meltdown of domestic and international public opinion, the Bush administration inexplicably and unforgivably yielded to the architects in Bush’s political operation and sat on this treasure trove of exculpatory evidence. In fact, Bush did not lie about WMDs. They really existed — and in enormous amounts. Moreover, they were sitting in the Iraqi desert, making U.S. GIs physically ill. (In yet another outrage, 17 soldiers reportedly were denied the medical attention or subsequent commendations that they deserved for handling these poisons. They also allegedly were told to clam up about what they saw.)

It is outrageous that the Pentagon and, apparently, Bush’s political team concealed proof that America’s chief casus belli actually existed. Instead, the howling hyenas of the Left were allowed to gnaw away at Bush’s political corpse.

Why did anyone involved in this disaster think that this would be good for America domestically or globally? How thick were the skulls of Bush’s political advisers not to see the importance of presenting this information amid deafening shouts that the president and those of us who supported Operation Iraqi Freedom were a pack of filthy liars?

Anyone who aided and abetted this extremely destructive cover-up should be removed immediately and barred permanently from government agencies, political campaigns, and party organizations.

It’s been clear for quite some time that Rove, as a political strategist sitting atop a significant chunk of the GOP’s resources, is a problem for the party. No, it’s not that Rove is a RINO or has some sort of ideological infirmities or whatever. That’s not his main problem.

Rove’s main problem is that he’s simply a bad political strategist and he’s a bad purveyor of political messaging. And this proves it.

George W. Bush got re-elected in 2004 largely because the American people saw him as an honest and trustworthy leader. They didn’t think he was brilliant, they didn’t think his policies were particularly valuable, they weren’t all that crazy about the Iraq War or Medicare Part D or No Child Left Behind. They thought he was a straight shooter making the best calls he could.

And during his second term, Rove allowed a cabal of left-wing revolutionaries bent on forcible redistribution of American wealth and the usurpation of economic and political power unto themselves to destroy his boss’ reputation as an honest man by repeating the “Bush Lied” meme until the majority of the country believed it. This led to the collapse of the Republican majorities in Congress and the ascent to power of Nancy Pelosi and Harry Reid, two of the most repellent political figures of this or any other era of American politics, runaway budget deficits, the collapse of the housing market and the U.S. economy on top of it, and Barack Obama.

The decision not to close with, engage and destroy Bush’s political enemies by use of demonstrable truth is disqualifying from any role of prominence in America’s political future. That was a decision that had major negative consequences in destroying Bush’s second term and leading to the fall of the Republican Party. America has suffered because of it.

There should be consequences to that indefensible decision.

If you’re a Republican donor and you’re giving money to these organizations, if you’re giving Karl Rove resources to be a player in Republican politics, stop. You are NOT helping the cause. You are wasting valuable resources which could be better used by more talented, aggressive and committed people in the Super PAC business.

Rove is a loser, to put an overly fine point on it. He doesn’t have the ability to move public opinion in a way favorable to the Republican Party because he doesn’t offer good political strategy. Rove wouldn’t even use truth to defend his boss from provable lies told by power-hungry leftist demagogues. Nobody like that should ever get access to major electoral campaign resources again.

Read more at The HayRide

A Naked Karl Rove....Thanks for putting that image in my head. ;)

Karl rove part of the rino Washington ruling establishment See for your own eyes ...the depths these rinos will lie ,hide the truth for their own benefit.
No Money for rinos ever again!!
Forget about Boehner , scalise McCarty ,McConnell looking out for Middle Class American taxpayers