WHY, OF COURSE HE WILL: Obama Plans to Let Ebola-infected Foreigners Into U.S. for Treatment 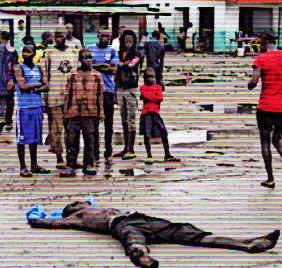 It is unclear who would bear the high costs of transporting and treating non-citizen Ebola patients. The plans include special waivers of laws and regulations that ban the admission of non-citizens with a communicable disease as dangerous as Ebola.

One source tells us that the Obama administration is keeping this plan secret from Congress. The source is concerned that the proposal is illegal; endangers the public health and welfare; and should require the approval of Congress.

Also, we've seen how much good has come from Obama's other 50 czars.

Though we still have John Boehner as House Squeaker.

We have accept the truth our government is not only hostile to our will and liberty, those running it intend to destroy us, our liberty, our sovereign nature, kill us even, in huge numbers, to assure their power and stolen riches remain theirs forever.
Only by facing the truth can we then find the courage and dignity to rid ourselves of the sonofabitches and their tyranny.

I read "The Hot Zone" years ago, so I've long been aware of what a uniquely horrible disease it is. Since I don't like sitting around being terrified, I decided to take actual, practical, do-able steps -- and am now going through this easy-to-read, user-friendly, packed-with-diagrams basic manual that the CDC and WHO put together back in 1998: "Infection Control for Viral Haemorrhagic Fevers in the African Health Care Setting," i.e., for places with limited resources that may or may not have electricity and running water. In other words, very, very basic.

If ebola really spreads, it could quickly overwhelm our hospitals, and if the pandemic combined with the resulting economic crash limits the ability of utility workers to even maintain the grid (or terrorists take advantage of our weakened state and take the opportunity to disable the grid), we could not only be looking at home care, but home care without electricity and running water.

I am currently reading this guide, and recommend it to anybody else who, like me, would rather be DOING something than just sitting around worrying and fretting. There are steps you can take right now to get prepared, and this guide will show you the kinds of supplies it might be wise to procure now and have on hand.

The motto that many of us have taken to heart is:
"Better to have it and not need it, than to need it and not have it."

Here once again is the link to the guide: http://tinyurl.com/kbka2rx

One caveat: This was published in 1998, and the strain of ebola we are dealing with now appears to be even nastier -- more infectious -- than the strain that was circulating back then. Just bear that in mind.