Bummer, Democrats: It Turns Out that Obama's Policies Really Are on the Ballot, You Nitwits

“I am not on the ballot this fall. Michelle’s pretty happy about that. But make no mistake, my policies are on the ballot. Every single one of them,” said President Barrack Obama two weeks ago. There can be no doubt that the agenda of the past six years is a factor in the mid-term elections in two weeks, but for the president to so inextricably conjoin his policies with the election increases the significance and possible outcomes. 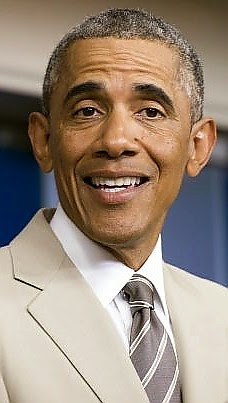 Reactions to the president’s statement have been predictably mixed in political circles. The comment drew consternation from some Democratic Senate candidates who have been attempting to distance themselves from the president and his policies, even though they’ve historically been supportive. Some have reveled in the declaration believing that linking the president’s policies, and his now dismal approval rating, to the midterms increases the odds of Republicans extending their majority in the House and regaining control of the Senate.

Last Monday the president doubled down on his remarks in an interview with Al Sharpton on MSNBC. Speaking of those congressional and senatorial candidates attempting to distance themselves from his policies, the president said, “These are all folks who vote with me. They have supported my agenda in Congress. I tell them, I said, ‘You know what, you do what you need to win.’”

There are two significant revelations embedded in that counsel. The first is that those of the president’s party are supportive of his agenda, regardless of what they may say. That verity is bourn out by near 100% support of the president by his party member’s votes in congress. The second revelatory counsel is for them to do whatever they need to do to win. Obviously that includes deceit to appear to voters as not amenable with the president’s agenda.

This should be immensely disturbing to voters, that their Machiavellian tactics would so blatantly based on dishonesty. Disavowing the president’s policies, while having actively supported and voted for them, is counting on voter ignorance for success, and is clearly deceitful. In other words, they have to lie to hope for success at the ballot box. This comes as no surprise to many of us, but for it to be so explicitly disclosed by the national figurehead of the party speaks volumes not only of him, but the Party he leads.

A senior Senate Democratic aid said this week, “The ineptitude of the White House political operation has sunk from annoying to embarrassing,” in reference to the president’s statements, and a series of other faux pas which are seen as damaging to Democrat’s election hopes. Another has called the president’s political team the “JV squad,” in clear reference to a January statement by the president when he referred to ISIS as a “JV” terrorist group. Even David Axelrod, Obama’s former senior adviser, said Obama made a big “mistake” tying his policies to the midterm election.

This increases in relevancy due to public perception of the president and his policies. Overall, his job approval numbers are between 39-42%, and his approval numbers on the economy are in the same range. They’re more dismal on his foreign policy, which range mostly from 31-35%. And of those polled on whether the country is headed the right direction, only 23-27% feel that it is.

According to YouGov Obama’s base is the only demographic segment that still supports him and his policies, even though that is somewhat waning. Nearly all of his 39% approval rating is coming from Democrats. Republicans and independents combined register less than 1% approval for the president. Which is not surprising in light of Gallup’s conclusion a couple years ago, “Conservative Democrats, Liberal Republicans Hard to Find.”

The dismal approval of the administration carries over to distrust of the entire government. According to a CNN poll just last month, only 13% of Americans agree that the government “can be trusted to do what is right always or most of the time.”

Clearly the president was right, that his agenda is on the ballot in November. His policies are the Democrat Party policies, and only they support them. This is undoubtedly what Bill O’Reilly was thinking when he said this week, “If a whopping 64% of Americans think the country is out of control under the Obama administration, why would anyone vote for a Democrat?” That is a superb question!

There is no discernable difference between the national party policies and those either implemented or supported at the state and local levels. Their core value, based on what they do, not necessarily what they say, is based in government solutions and control, at the expense individual liberty. This is manifested in all facets of governance from economic and foreign policy, to education and security, with but few exceptions.

If one is supportive of the direction the nation is headed now, it would be understandable to vote accordingly. But for all who are not pleased with the nation’s direction, Bill O’Reilly’s question is apropos, “Why would anyone vote for a Democrat?” Since we know where such policies lead, we might tenably add, “At any level.”