JUDICIAL WATCH: "It appears that top officials of the Obama administration are lying about ISIS terrorist activities on our border"

There are times when all of us hate to say, “I told you so.” And the latest news from Judicial Watch on the apprehension of ISIS terrorists on the U.S.-Mexico border is certainly one of them. 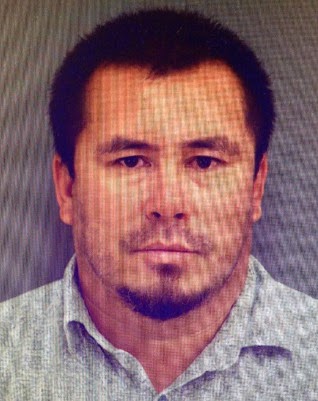 In late August, you may recall, JW broke the story that Islamic terrorist organizations are operating in the Mexican border city of Ciudad Juarez where they plan to stage attacks against the U.S. In response to this threat, agents in the departments of Homeland Security, Justice and Defense had all been placed on alert and told to work to counter the imminent threat. Two days after our initial report, Fort Bliss, the massive installation in El Paso, increased its security in response to this international terrorist threat.

But then the Obama spin machine cranked up. A spokesman for the Department of Homeland Security officially denied the report, telling the London Daily Mail, “we are aware of absolutely nothing credible to substantiate this claim.” The DHS official duplicitously added, “In Mexico? I haven’t seen that at all.”

White House Press Secretary Josh Earnest also responded, telling the newspaper that “the most detailed intelligence assessment that I can offer from here is that there is no evidence or indication right now that [the Islamic State group] is actively plotting to attack the United States homeland. That’s true right now.”

At Judicial Watch, we pulled no punches in standing by our story. We told the Daily Mail that JW’s sources were “golden,” and that the government’s denial constituted a “non-denial denial.” As I pointed out, the words “credible” and “specific” were rhetorical loopholes that one “could drive a truck bomb through,” the paper reported.

First, on October 5, JW’s Corruption Chronicles blog posted an important story detailing how a “sophisticated narco-terror ring with connections running from El Paso to Chicago to New York City had been uncovered with the help of Judicial Watch.” The details are extraordinary. The story involves two of the FBI’s Most Wanted: a logistics and transportation operative for militant Islamists in the United States and an illegal alien with an extensive criminal record in El Paso, Texas.

Emad Karakrah, and Hector Pedroza Huerta are currently in jail for separate offenses in different states—Karakrah in Cook County Illinois and Huerta in El Paso. But in 2009 they partnered to plan a Chicago truck bombing that was thwarted. Between December 2010 and February 2011, Huerta and Karakrah also planned two additional bomb plots targeting oil refineries in Houston and the Fort Worth Stockyards, according to Judicial Watch’s federal law enforcement sources.

Before that Karakrah and Huerta met with two of the FBI’s “Most Wanted” terrorists: Jaber A. Elbaneh and Adnan Gulshair el Shukrijumah (a/k/a: “Javier Robles”). Meetings took place in a private home a few years ago in Anthony, NM. The four men discussed the movement of drugs, money and people. The plots were further planned by fellow conspirators at a “mosque” on Redd Road in El Paso, as well as two other “mosques” in the city. Karakrah, Huerta, Elbaneh and el Shukrijumah all met again in Anthony, NM, in March 2014, according to Judicial Watch sources.

The urgency is real, as Huerta is alleged to have smuggled explosives and weapons from, ironically, the Fort Bliss range and exercise areas in concert with corrupt US Army soldiers and government contractors with gate passes at the El Paso base.

The recent, seemingly unrelated, arrests of Karakrah and Huerta expose the nexus of Islamic terror and drug cartel trafficking operating from El Paso. With both Karakrah and Huerta in custody, federal law enforcement officials have an extraordinary opportunity to break the powerful narco-terrorism grip on El Paso – assuming they can overcome internecine turf wars between the various agencies of the Justice Department and the Department of Homeland Security. Judicial Watch “connected the dots” in this narco-terrorism network for federal law enforcement.

This exposé was followed by another Judicial Watch revelation. On October 8, JW’s Corruption Chronicles blog posted another major story detailing how federal authorities and other officials with the Texas Department of Public Safety in McAllen and Pharr had apprehended four Islamic terrorists crossing the border from Mexico into the U.S. just 36 hours earlier.

JW’s information was confirmed by Rep. Duncan Hunter (R-CA) Hunter revealed on national television that at least 10 fighters from the Islamic State of Iraq and Greater Syria – known as ISIS – have been caught crossing into the U.S. from Mexico in Texas. Duncan said his source of the information is the U.S. Customs and Border Protection (CBP), the agency responsible for patrolling and safeguarding the porous southern border.

Just two days after our report, Ft. Bliss, the U.S. Army post in El Paso, implemented heightened security measures. Military officials who spoke with us said the increased security demonstrates that Ft. Bliss is a terrorist target. Retired Army Lt. Gen. Jerry Boykin, former commander of the Army’s elite Delta Force, who also served four years as Deputy Undersecretary of Defense for Intelligence, made it clear to us that military installations in the U.S. only make changes to security measures when they know of a specific threat.

“That means they’re getting a threat stream. Ft. Bliss had to have a clear and present threat,” Boykin said.

Despite all JW’s comprehensive reporting, high-level Obama officials and allies are looking to silence our reporting and attack the messenger. This includes Rep. Beto O’Rourke (D-Texas) who telephoned the area offices of the Federal Bureau of Investigation (FBI), Homeland Security Investigations (HSI) and the U.S. Border Patrol (USBP) in an effort to identify sources that have been used by JW to break the ISIS story.

It appears that top officials of the Obama administration are lying about ISIS terrorist activities on our border. Nevertheless, federal agents on the front lines are working to keep you safe and appreciate Judicial Watch’s clarion calls about security on the border. Rest assured that your JW will not back down on ferreting out the truth, and we will keep you fully informed.

Um, Fort Bliss is a target of workplace violence, not terrorism.

There is a traitor in the White House. So of course his 'top officials' would be traitors, too, and would naturally lie for the terrorists seeking America's destruction and would literally open the door for them.