The illegal immigrants landed on the state’s voter rolls, courtesy of the Obama administration’s Deferred Action for Childhood Arrivals program. 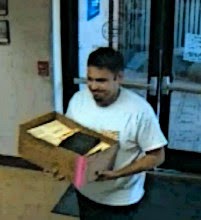 The State Board of Elections said late Tuesday that more than 9,000 additional voters’ names are being checked for legal status. They do not expect to finish checking before early voting starts Thursday.

Nearly 10,000 names on the rolls are tagged by the state Department of Motor Vehicles as “legally present,” but the Winston-Salem Journal reported that doesn’t mean all 10,000 are ineligible to vote.

When immigrants are certified under DACA deportation proceedings are frozen.

That opens a window for individuals to obtain driver’s licenses in North Carolina because the state opted into the DACA program, said James Johnson, president of North Carolinians For Immigration Reform and Enforcement.

But holding a driver’s licenses doesn’t automatically qualify DACA individuals to vote if their legal residency is merely “deferred.” DACA designees can be up to 31 years old.

“We want to know how such a large number of non-U.S. citizens were ever registered to vote in the first place,” said Jay DeLancy, executive director of the Voter Integrity Project of North Carolina. “There is clearly a system failure here and we need the Board of Elections and the DMV to help the Legislature and the public understand where the problem lies.”

State Rep. Christopher Mills, R-Hampstead, wrote a letter to the Board of Elections this week citing “an extremely large number of non-citizens” on North Carolina’s voter rolls.

Mills asked that election officials explain the “likely procedure in which these non-citizens were allowed to register to vote … and the board’s actions for immediate removal.”

Kenric Ward is a national correspondent for Watchdog.org. Contact him at (571) 319-9824. @Kenricward

Let me guess. They are popping up in areas where Dems need the most support? Is that why they didn't tell us where they were sending them?

It's very clear to me now why Obama signed a bill into law that gives him armed protection (Secret Service) for life. He's gonna need it.

funny how they've been secreted into our cities and towns, and nary a word in the 'Press' about it.
Nada