Email Conversation with a Drone

Just wondering: how's that Obama vote working out for you these days? 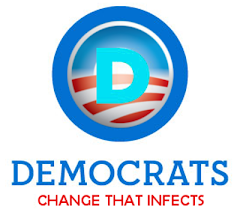 Sent from my iPhone

I want you to consider the following list, then think about what this means 5, 10 and 15 years down the road for your kids. Or do you just not give a crap about your kids?

• Ebola.
• IRS targeting of political opponents.
• Gun-running to Mexican drug cartels with hundreds dead as a result.
• Wiretapping 100 reporters.
• Mass genocide in Syria.
• Mass genocide in Iraq.
• The most powerful army of Islamic terrorists ever seen on Earth (ISIS).
• A nuclear Iran.
• A U.S. ambassador murdered by terrorists after all security was stripped from him.
• Open hatred of Israel.
• Open love for the Muslim Brotherhood, a direct offshoot of the Nazi Party.
• Russia invading Ukraine.
• China claiming control of large swaths of the Pacific.
• A doubling of the federal debt.
• Record numbers on food stamps.
• Record numbers on Social Security Disability.
• Record low labor force participation rate, with drops every year of his presidency.
• Record numbers losing their private health insurance plans.
• Record numbers of criminal illegal aliens released into the U.S.
• Record numbers of illegal aliens entering the U.S. with Enterovirus, Tuberculosis, Smallpox, and Leprosy.
• Record amount of taxpayer funds redirected to his campaign contributors through the "Stimulus".

That's just off the top of my head.

Say a prayer tonight, because we're all gonna need it. Oh, forget it. You're happy with all of these developments, which can only mean you despise this country.

It sure is helping to sway some voters.

Still, it means little to a cultist or to a sell-out who is still desperate to rationalize their idiocy, laziness and corruption.

But possibly the best news of late is the 'outing' of Karl Rove as the man responsible for quashing news of discovery of Saddam Hussein's WMDs, and by that act along, giving us President Ebola, House Speaker Crazy Nancy Pelosi and the corrupt leader of the Senate, Harry Reid. Perhaps now the scarlet letter properly staining Rove will be inure to the corrupt leadership of GOP establishment, and properly destroy them as well. Hear that, Squeaker Boehner?