Paul Krugman Trolls Every Man, Woman and Child in the United States

That's how Downtrend's Brian Anderson describes possibly the dumbest comment ever made by the dumbest Nobel Prize winner in history.

In a piece titled In Defense Of Obama, Krugman appears to be trolling the country with this opinion:


Despite bitter opposition, despite having come close to self-inflicted disaster, Obama has emerged as one of the most consequential and, yes, successful presidents in American history. 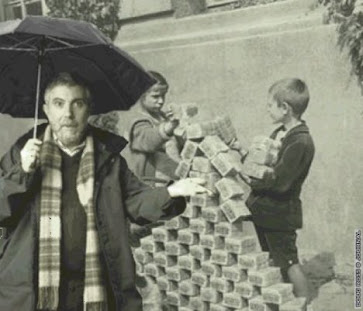 Stop laughing; Krugman is serious (I think). The main reason he thinks Obama is doing great and leaving a stellar legacy is because the public perception of his failure is an illusion:


Yes, Obama has a low approval rating compared with earlier presidents. But there are a number of reasons to believe that presidential approval doesn’t mean the same thing that it used to… More important, however, polls – or even elections – are not the measure of a president. High office shouldn’t be about putting points on the electoral scoreboard, it should be about changing the country for the better.

Still not convinced, just look at this list of Obama’s accomplishments:


His health reform is imperfect but still a huge step forward – and it’s working better than anyone expected. Financial reform fell far short of what should have happened, but it’s much more effective than you’d think. Economic management has been half-crippled by Republican obstruction, but has nonetheless been much better than in other advanced countries. And environmental policy is starting to look like it could be a major legacy.

I don’t know, that didn’t really come off as a ringing endorsement. In fact, it sounds like Krugman agrees that Obama has half-assed everything he’d ever done.
Here’s some other nice things Krugman has to say about this successful consequential president:


Financial Reform: Obama bears a considerable part of the blame for this disappointing response. It was his Treasury secretary and his attorney general who chose to treat finance with kid gloves.
The Economy: So it’s very disappointing that six years into his presidency, the U.S. economy is still a long way from being fully recovered.
The Environment: But as with financial reform, acknowledging the inadequacy of what has been done doesn’t mean that nothing has been achieved.
National Security: I do, however, need to address one area that has left some early Obama supporters bitterly disappointed: his record on national security policy.
Social Change: Barack Obama has been more a follower than a leader on these issues. But at least he has been willing to follow…

Krugman stays away from the foreign policy ineptitude and the avalanche of Obama administration scandals because I guess he’s hoping people won’t remember those things. After admitting that Obama hasn’t been much of a leader, nor has he accomplished much, we get this factually challenged conclusion:


Am I damning with faint praise? Not at all. This is what a successful presidency looks like.

Not mentioned by Krugman: the rise of ISIS, Ebola in America, a politically weaponized IRS, a gun-running operation to the Mexican drug cartels that killed hundreds, a dead Ambassador who had been stripped of all of his security, an Attorney General held in Contempt of Congress, egregious fomenting of racial division, a cut in the U.S.'s once pristine credit rating, record numbers of foodstamps, record numbers on Social Security Disability, record numbers who have dropped out of the workforce, a projected doubling of the national debt by the time he leaves office, roughly 500 fundraisers and about 200 rounds of golf (to name but a few).

I sincerely hope that Paul Krugman seeks the professional mental health assistance he so desperately needs.

Time for the men in white coats with the straitjacket. Krugman is just plain nuts.

Not nuts, brilliant. How else could a guy with his meager mental gifts make such a great income? He puts out regime propaganda, and they reward him lavishly.