USA Today softens news of Yet Another Obama Administration Scandal™ as best it can, using the headline "U.S. misinformed Congress, public on immigrant release." 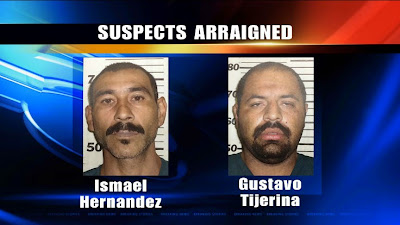 New records contradict the Obama administration's assurances to Congress and the public that the 2,200 people it freed from immigration jails last year to save money had only minor criminal records.

The release sparked a furor in Congress. Republican lawmakers accused the Obama administration of setting dangerous criminals free. In response, U.S. Immigration and Customs Enforcement said it had released "low-risk offenders who do not have serious criminal records," a claim the administration repeated to the public and to members of Congress.

The new records, including spreadsheets and hundreds of pages of e-mails, offer the most detailed information yet about the people ICE freed as it prepared for steep, across-the-government spending cuts in February 2013. They show that although two-thirds of the people who were freed had no criminal records, several had been arrested or convicted on charges more severe than the administration had disclosed.

ICE spokeswoman Gillian Christensen acknowledged the discrepancy. She said "discretionary releases made by ICE were of low-level offenders. However, the releases involving individuals with more significant criminal histories were, by and large, dictated by special circumstances outside of the agency's control."

...In hearings last year, Republican lawmakers pressed then-ICE Director John Morton for specifics on the criminal records of the people the agency had freed. At one, Rep. J. Randy Forbes, R-Va., asked Morton directly, "No one on that list has been charged or convicted with murder, rape or sexual abuse of a minor, were they?"

Morton answered, "They were not."

He told lawmakers that, to his knowledge, none had faced child pornography charges.

And American citizens will die because of this sickening, criminal behavior.

When will someone with GUTS remove this Islamist sympathizer from our White House? Like Anonymous says above, how much more people? How much more? He should have been impeached long ago but the milquetoasts in Congress AND the Senate are too afraid of being called names and causing riots (bring them on) to save our Country. They are all a monumental disgrace and should all be removed. They are TRAITORS.

Murderers, rapists? It isn't all bad. They vote Democratic, don't they?