Inside the IT Organization of the Future

There's an excellent interview with tech visionary Charles Araujo at CIO Insight, in which he explains three phenomena that are radically accelerating business disruption.

The three factors -- the Consumerization of IT, the Criticality of IT, and the Competition for IT -- have melted away barriers to competition and smashed traditional methods of distribution. 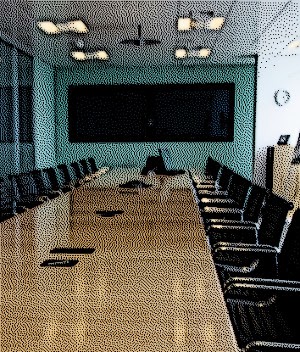 ...When I grew up in the business, IT was important, but was relegated to the back office. Technology was used to drive efficiency and the speed of transactions, but it was pretty invisible to our organization's customers. When technology failed, it was inconvenient, but that was about it. Today, technology has moved from the back office to front and center of everything. Technology literally powers every single business transaction, every customer interaction and virtually all aspects of the customer experience...

...When I put these three market forces together, I came to the conclusion that there had been a fundamental sea change in the environment in which we existed. Our customer's expectations had changed; they were relying on technology for everything, but they now had choices. And that meant we were going to have to operate differently if we wanted to remain relevant. We simply cannot keep doing things the way we always have and expect our customers to still be our customers. So, I believe that IT—at least as we've known it—is dead. And it's going to be replaced with a very different type of IT organization. One that is smaller, more agile, more customer-focused—and one that spends a lot less time running core technologies...

...The reality is that technology is one of the few remaining drivers of competitive differentiation in the marketplace. Yet most IT organizations are spending all of their time and energy on the 80 percent of the technology stack that provide no market differentiation. That will change. It has to. It's why we're seeing the rise of the roles like the chief digital officer—that is just a sign that organizations know this to be true and have become frustrated that IT can't deliver it...

...It is not only the IT function that is in the midst of a fundamental sea change. The basic rules of business are breaking down as we transition from the industrial era to the digital era (or whatever you want to call what's coming next). Our core structures are beginning to shift because the hierarchical management models that we have organized around are proving to be too slow and lumbering to allow us to compete in a rapidly changing marketplace... So, a digital leader will also be the professional who can most effectively operate in this dynamic, shifting, networked, non-structured world and still find ways to create these kinds of game-changing innovations using the same technologies that their competitors are using...

To be sure, these are exciting times. Those who fail to adapt may find themselves relegated to the fate of door-to-door encyclopedia salesmen.