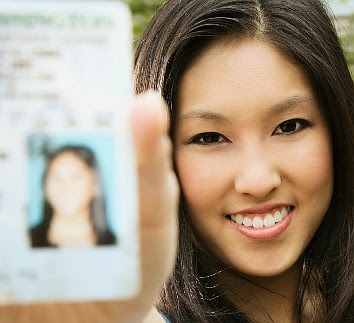 If you’ve ever tried to board a plane, cash a check or rent a car, you’ve almost surely had to show some form of identification with your picture on it. For most people, that takes the form of a driver’s license, but there are other forms of photo ID. Millions of Americans produce them every day to do dozens of everyday tasks and think nothing of it.

Why should it be any different when we vote? Anyone can show up and claim to be you. Imagine if all someone had to do was state your name and address. I don’t know about you, but producing a form of ID when I vote gives me some peace of mind that no one else is voting in my name.

The short answer to the above question is that it’s no different at all. In fact, to the extent that it is different, you could say it’s even more important to produce a photo ID for voting. What civic duty supersedes that of voting? It’s a responsibility we must take seriously.

That helps explain why 31 states have some form of voter-ID laws in effect. Some are stricter than others, but all send an important message: Voting is too important not to take fraud seriously. We need to make sure that when someone shows up to vote, he is who he says he is, and not someone else.

You’d think this would be the most noncontroversial thing in the world. Who could oppose voter-ID laws? Some fringe groups? A few, yes, but unfortunately, they’re joined by some people who ought to know better, such as U.S. Attorney General Eric Holder Jr., whose headquarters in Washington requires a photo ID to enter.

To hear Mr. Holder and others tell it, voter ID is — for starters — a huge imposition. They make it sound as if getting a photo ID is an almost insurmountable burden. Of course, that rings a bit hollow to the millions of Americans who have obtained photo ID with ease, so they don’t lean on that line of attack very heavily.

Instead, we’re led to believe that voter ID is a form of discrimination. Like the disgraceful Jim Crow laws that were once all too common in the decades following the Civil War, voter ID is meant to disenfranchise minority voters. Like literacy tests, voter ID is there to make it harder for them to cast their ballots — or so we’re told.

Indeed, it’s not unusual to hear outrageous comparisons made between voter ID and the violence that erupted in the Bull Connor era of the 1960s, when black voters were assaulted with “billy clubs and fire hoses, bullets and bombs,” as Mr. Holder has pointed out.

This line of argument is so patently absurd it would be laughable if the subject matter were not so serious. How can anyone compare physical assaults and threats of violence to showing a photo ID, a simple act that many of us — regardless of race, creed, color or religious belief — do every day without thinking twice?

Nonetheless, the opponents of voter IDs have been pressing their case in courts nationwide. In some places, the battle has seesawed back and forth.

In Texas, for example, U.S. District Judge Nelva Gonzales Ramos, an appointee of President Obama, recently struck down a state law requiring voters to show photo ID that was successfully implemented with no problems in 2013. The U.S. Court of Appeals for the 5th Circuit threw out that decision because of the short time remaining before the election, a decision upheld by the U.S. Supreme Court.

In Wisconsin last April, a federal district court issued an injunction against the state’s voter-ID law. Although the 7th U.S. Circuit Court of Appeals dissolved it, saying Wisconsin officials can enforce the law during next month’s elections, the Supreme Court reinstated the injunction because the election is too close to put in new rules.

Voter ID shouldn’t even be controversial. What could be more crucial than taking this simple step to ensure the integrity of our elections?

Originally appeared in the Washington Times.

Voter ID is important to prevent fraud on election day.
Mail in ballots are highly susceptible to fraud and should probably be our next area of focus.

Positive purges of registration rosters and perhaps a biometric such as a thumbprint for mail in ballots.