DUDE: One Possible Replacement for the Hummer Makes the Batmobile Look as Tame as a Kia

Not that there's anything wrong with a Kia, mind you. Just that they're relatively... tame.

The Defense Advanced Research Projects Agency last week posted a video of an advanced concept ground vehicle under development in its Ground X-Vehicle Technologies (GXV-T) program... It's not clear whether the vehicle in question is a light armored car or a tank, but DARPA wants to give it improved survivability through the use of advanced technologies. 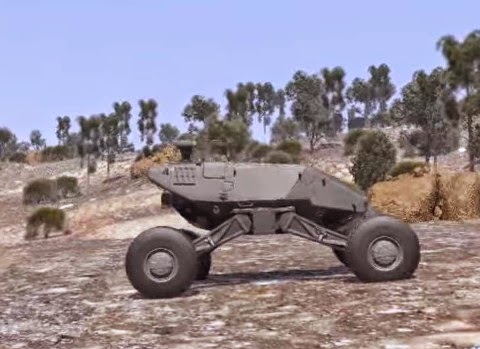 The technologies might include visualization systems to provide high-definition, wide-angle views of external conditions for a closed cockpit; path planning, which would display optimal routes to take; terrain classification, which would evaluate the surroundings for optimal travel surfaces; sensors using various technologies to visualize the surroundings and identify and track friends and foes; and autopilot capabilities that would let the driver focus on more-strategic activities. 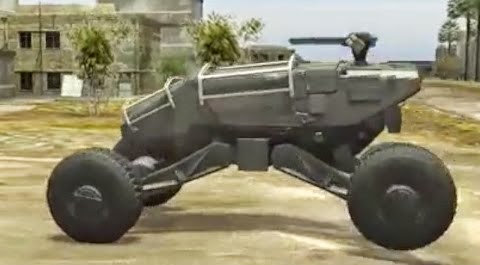 The vehicle will rely on speed rather than armor because the amount of armor needed for current threat environments is increasingly burdensome and ineffective against ever-improving weaponry, DARPA said.

"They definitely appear to be moving away from Humvees," said Jim McGregor, principal analyst at Tirias Research.

Indeed, it's clear that DARPA envisions a future in which technology supplants most armor.

Tanks and other land-based fighting vehicles are typically fitted with layers upon layers of armor for protection, but they move real slow as a result. Since more advanced weapons are being developed to punch holes through thick plating anyway, DARPA wants to find a way to develop faster, more agile fighting vehicles that don't depend on armor for safety... 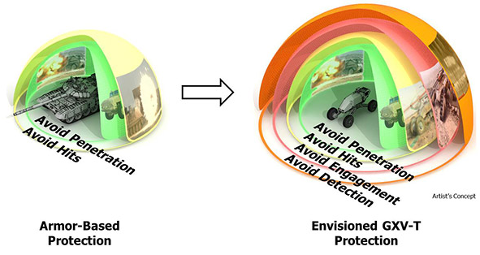 To accomplish that, the agency has launched the Ground X-Vehicle Technology (GXV-T) program, which aims to conjure up technologies that'll lead to slimmer tanks that can avoid getting shot at. The program wants to cut vehicles' weight and the number of operators needed to operate them in half, as well as to make them twice as fast so they can dodge incoming threats. It also plans to give these new breed of vehicles the power to drive through rough terrain and to evade enemy detection.

Just saying. They know their stuff...