Scandal: Documents obtained by a government watchdog group list emails between the attorney general and his wife regarding a White House statement on the "gun walking" scandal the White House wants kept secret. 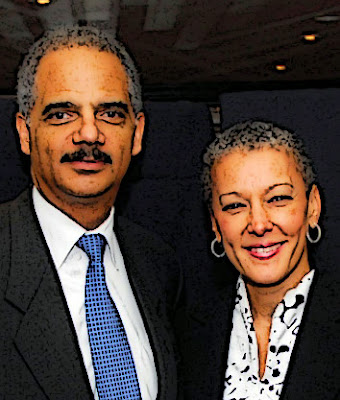 The release of the government's Vaughn Index of documents that the administration withheld from the House Oversight Committee's investigation of Fast and Furious may not be the October surprise that the Obama administration hoped for. It raises more questions than it answers and shows the absurd extent of the administration's cover-up.

On July 18, U.S. District Court Judge John Bates ordered the Justice Department to produce, in response to a lawsuit by the government watchdog group Judicial Watch, its Vaughn Index of withheld Fast and Furious documents by Oct. 22. The DOJ had already had enough time to produce it, Bates said in denying a request to delay its release until after the Nov. 4 elections.

In a Vaughn Index, the government must list each withheld document, state the statutory exemption claimed for it and explain how the disclosure of each document would damage the governmental interests asserted by the exemption.

The index provided under Bates'order shows just how far the administration will go to protect its actions in Fast and Furious.

"There are at least 20 emails, other communications, but principally emails between Holder and his spouse, Sharon Malone, a medical doctor here in Washington, D.C., and between Holder and his mother, now deceased," being withheld under an extraordinary claim of executive privilege as well as a dubious claim of deliberative process privilege under the Freedom of Information Act, according to Chris Farrell, director of research and investigations at Judicial Watch, in an interview with Newsmax TV.

Executive privilege is often asserted in the context of legitimate government deliberations in discussing an issue or policy such as Cabinet meetings or meetings between the president and his advisers. The parties must be government officials, and the privilege does not extend to communications with family members regarding government actions.

On Oct. 6, 2011, President Obama issued a statement expressing confidence in Eric Holder and vowed to get to the bottom of the Fast and Furious matter.

On that date, news reports surfaced that cast doubt on Holder's claim that he had only recently learned of the scandal. Also on that date, Holder and his wife exchanged a series of emails about that "White House statement."

There's another group of emails on the same day. The subject line of each is "Fwd: Holder Received At Least 5 Memos On Fast and Furious." Each of these is described as "Email discussing strategy on responding to the media."

Other emails, dated May 5, 2011, also withheld under "deliberative process," have the subject heading "Re: Fast and Furious." Each is described as "Email discussing strategy for response to Congress."

We are sure that Rep. Darrell Issa and the House Oversight Committee would like to see these emails. So would the American people and the family of Brian Terry, the Border Patrol agent killed by Mexican drug cartels using weapons supplied under Fast and Furious.

Did Holder discuss with his wife the veracity of Obama's statement? Did he admit to his wife that, yes, he knew about Fast and Furious all along? If they discussed picking up milk and a loaf of bread on the way home, there would be no reason for secrecy.

Did the strategy emails on communicating with the press and Congress discuss withholding critical information and even lying? Certainly they didn't involve substantive discussion of government policies — only how to cover up another administration scandal.

Well, it's October. Surprise us, Mr. President, with the truth.

We can tell you what she SHOULD be covered by...

So long as the likes of John Boehner remains Squeaker of the House, and McConnell remains GOP Turtle of the Senate, expect NO resistance against this kind of corruption of historic proportions. And yeah: fascism, too.

When is enough, enough people? How much are we willing to overlook?