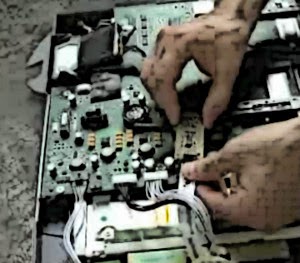 SCHAUMBURG, Ill. – Admitting his confidence in Cook County ballot integrity is shaken, State Representative Candidate Jim Moynihan (R-56), was shocked today when he tried to cast a vote for himself and the voting machine cast it for his opponent instead.

voteballotbox“While early voting at the Schaumburg Public Library today, I tried to cast a vote for myself and instead it cast the vote for my opponent,” said Moynihan. “You could imagine my surprise as the same thing happened with a number of races when I tried to vote for a Republican and the machine registered a vote for a Democrat.”

While using a touch screen voting machine in Schaumburg, Moynihan voted for several races on the ballot, only to find that whenever he voted for a Republican candidate, the machine registered the vote for a Democrat in the same race. He notified the election judge at his polling place and demonstrated that it continued to cast a vote for the opposing candidate’s party. Moynihan was eventually allowed to vote for Republican candidates, including his own race. It is unknown if the machine in question (#008958) has been removed from service or is still in operation.

Democrats will do anything to cheat for their side.

What we need are Conservatives to vote for.

"Voter fraud does NOT exist."

Ya'll haven't figured it out yet there is no voting our way out of all this?
These psychopaths running things have no intention of allowing it to happen. It is that simple. This is pure corruption and power at play. These criminals are so guilty of so many crimes there is no way they can permit a vote to change the system they have waylaid for their personal enrichment and empowerment.
Its gone far past the time of redemption via ballot.
Not many options remain for changing government.
And nothing for it either but for what people who want to remain free will have to do to garrantee their blessings of liberty.

And this is why the democrates will crush the gop this election cycle. paper ballots are the only truly honest way to vote.