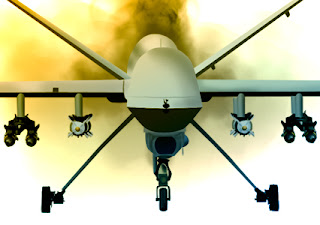 The recent news that US airstrikes may have killed two senior al Qaeda leaders – including al Qaeda’s general manager – once again raises the question of the overall effectiveness of a strategy of attrition against the group. Certainly there have been some significant blows to al Qaeda, and most recently to al Qaeda’s affiliate in Yemen. The US has taken four senior leaders off the battlefield in Yemen in the past six months, but there has been no obvious slowdown in al Qaeda in the Arabian Peninsula’s activities there. Even as the US sees success in degrading al Qaeda’s leadership, al Qaeda has been able to grow and expand its insurgency across the Muslim-majority world.

Al Qaeda’s expansion is occurring even as the Islamic State in Iraq and al Sham (ISIS) strengthens at an alarming rate. Both groups are exploiting conditions within the Muslim-majority world advanced in part by America’s current foreign policy positions. A muddled approach to the region has left the US with few strong allies there and even fewer good options for partners against the escalating extremist threat.

Newly-announced presidential candidate Jeb Bush aptly described the state affairs abroad: “crises uncontained, violence unopposed, enemies unnamed, friends undefended, and alliances unraveling.” The picture is bleak. Al Qaeda and ISIS have seized the momentum and are pushing forward. Any prospective 2016 presidential candidate should seek to answer these questions when considering how to reverse the tide.