Panic Before the Herd Does

For the lazy people who don’t like to slog through Hussman’s entire data laden weekly tome, I’ve picked out the most pertinent sections. For the really lazy, I’ve bolded the most important sentences. When everyone on Wall Street is using the same algorithms in their HFT supercomputers, and John Q. Public isn’t even in the market, who will these supercomputers sell to when they all get the sell signal at the same time? When that time comes, and it won’t be long, I’ll be munching popcorn and watching the festivities unfold. The talking heads, government apparatchiks, and Ivy League educated big swinging dicks on Wall Street will declare a national emergency and demand another bailout. Will we be stupid enough to fall for it again, or will we start hanging bankers? 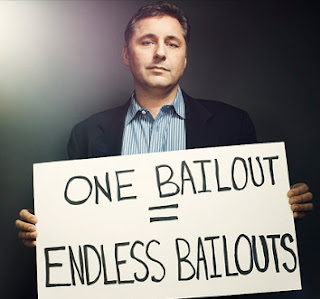