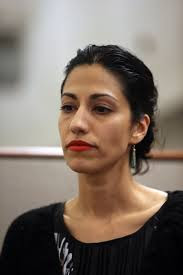 It all starts with the father of Huma Abedin, Sayed Zaynul Abedin, and this Journal paid for by the Al Saud dynasty in Saudi Arabia.

Huma Abedin served on the board of the Institute for Muslim Minority Affairs for many years at the same time she worked for Hillary Clinton.

The agenda of the IMMA? In their own words, it is “to grow an unassimilated, aggressive population of Islamic supremacists who will gradually but dramatically alter the character of the West”.

Huma’s mother, Saleha Abedin, has proven ties to the Muslim Brotherhood and is a member of their ”Women’s Division”, whose goal is to “acquire a unified global perception in every nation in the world regarding the position of women”. I would like to know how that appeals to the feminists, but all we hear is silence from them.

She is also a board member of the International Islamic Council for Dawa and Relief. This entity is pro-Hamas and a part of the Union of Good, which has been designated by the State Department an international terrorist organization led by Yusuf Al-Qaradawi.

And what of Benghazi? It was Huma Abedin who forwarded to Hillary Clinton’s personal email the details of the establishment of the Special Mission in Benghazi, the updates about the requests for security, and the information about the attack on September 11, 2012.

This book was commissioned and approved by the King of Saudi Arabia, One of the “holy” concepts presented in the book is the premise of another system. It was one of many books and writings to be used as a starting point of a new plan to conquer the world with Islam.

In the book, a chapter titled “The Muslim Minority Affairs is that United States must be destroyed. Thus, it has become a policy that the House of Al-Saud has implemented.

As mentioned in my last column, Taqiiya and Muruna are both basic principles of the concept. Along with the recruiting of non-Muslims, they use organizations like the Muslim Society of North America (INSA) and the Muslim Students Association (MSA) to work to counter any assimilation of Muslims into and non Islamic society.

After decades of non-assimilation, they have now moved to the step of forcing their influence of non-Muslims, a virtual sector of compliance to the laws they feel they must impose on others.

So where does Huma Abedin fit in? She was a member of the IMMS, which helped formulate the book, and it would not be difficult to assume under the Muruna that she would marry a Jew, Anthony Weiner, to lend proof of her Americanization – her assimilation into our culture.

Her mother, a leader in the Muslim Brotherhood, never denounced the marriage, a rather strange reaction from someone who believes devoutly in religious purity. It appears that Huma, under Muruna, might have a higher calling, she is in a position to know all of Americas secrets.

And how to explain Huma Abedin’s close ties to Dr. Abdullah Omar Naseef, proven to be an Al Quaeda financier? The Abedin family freely moved between the U.S. and the Middle East, dealing with such people as Maulana Muhammad Yousuf of Jamaar-e-Islami in India. This same family still maintains ties to the Muslim Brotherhood, with the Wahhabists, and the extreme Salafists. The major question now is, along with Naseef, have the Abedins worked to launch programs in the U.S. and U. K. to bring them down from the inside?

We need this administration to answer questions and show to the American people just what this all means.

When someone like Mohamed Magid meets in the White House with Huma Abedin a board member of IMMA, and when both ISNA and IMMA are mentioned in the Saudi plan to overtake all non-Muslims, what are the American people to think? There is a proven link between the Wahhabists in Saudi Arabia and the IMMA, but the State Department will not mention it, nor will they discuss it.

To have Huma Abedin in a position of handling all of the Secretary of State’s secrets is unfathomable. Are there no background checks or were they done and ignored? If so, Why? These are questions that must be answered. This country cannot survive with members of this administration potentially committing acts of treason.

The reason nothing is being done is supposedly because this administration wants to engage the “moderate” Muslim Brotherhood in the movement towards moderate Islam. That is like trying to find moderate Nazis in World War II. We have been conditioned by this Administration to believe we are to blame, that we are “Islamophobes”. Well we should be! The Islamists have it figured out. They can claim they are being discriminated against, that we are a country that has a history of behaving badly towards Muslims, and they know Barack Obama will bow and follow them without question.

And why has House Speaker John Boehner said that to question Huma Abedin’s loyalty is dangerous? I am questioning it as are many others and we will push to get the answers. We will not stop nor will we be pushed aside. There will be answers! When the Abedin’s life-long commitment to Islamic supremacy cannot be questioned, there is a deep chasm between what our government is telling us, what they expect us to believe, and what is real.

This will not end and there will be more to come. This cannot be allowed to stand.

And this is finally coming to light NOW?

What about all the the red flags Michele Bachmann raised years ago?
She was chastised and her warnings were ignored.

The Republicans are disgraceful.
And useless.
And as treasonous as the present administration.

Not all the Republicans... but you are correct, this is the issue that Bachmann and a few others raised and were immediately dismissed by the likes of RINOs McCain the Lame.

Happy Fathers Day - and why Dads are critical to your child's life!

It just astonishes me that our politicians are willing to allow the hideous "transformation" of this country to the highest bidders. So many of then are showing their true colors, it is astounding. What Obama and they are doing is despicable. They are despicable people. Pure evil. Conservatives need to get behind one conservative candidate (Cruz) and donate as much as you can to getting him/her the nomination. This country is STILL right of center and no one can tell me differently. Cities like New York, Los Angeles, San Francisco, may have become more left - but, the grass roots Americans in this country are still in the majority. SO, let's all get behind the conservative candidate that will put the kibosh on Obama's unconstitutional law(s) and his executive orders and everything he has done to weaken this country and citizens. If we don't do that, the communists will continue the destruction of our exceptional country and way of life.

In cities like San Francisco there are a few standing against the tide and speaking out about the evils of Islam but it's like talking to deaf people, the paralysis of political corectness trumps almost all.

Chuck Grassley has been attempting for the past 3 years to exactly get answers to all these questions; demanding documents from Huma as well as Hillary. He has been ignored back to back and continue to be ignored while Huma has refused to provide required documents.
How is it she gets away with this? The same way Hillary is getting away with her treasonous and corrupted actions.
The Clinton Foundation employs active and stealth MB members - Huma is a stealth agent. I doubt she has a security clearance although she has access to highly sensitive national security information.
She's whispers in Hillary's ears - whether its Egypt overthrowing Mubarek in favor of Morsi (Hillary and Huma wanted Quaradwi(sp?) while Obama wanted Morsi.

Huma had an active role overthrowing Ghaddafi and together with Blumental who wanted Ghaddafi also gone expected a big payday moving into his business interest in Libya. Hillary manipulated and concocted false intelligence - dismaying our military who were ignored at their warnings of danger because their were no American interest involved in that endeavor - with Huma at her side. Huma was aware about the security situation and it doesn't take a long guess of why our people were left to be slaughtered - the DOD was left out of the loop not knowing about the secret op in Benghazi - Zero Footprint'.

Our people were sacrificed at the altar of weapons smuggling into Syria to overthrow Bashar Assad via Turkey - the secret op did not allow a rescue.

There is so much more about and regarding Huma - a good person that may spell the beans would be Doug Band - who was pushed out as CEO at the Clinton Foundation by none other than greedy like mother like daughter - Chelsea. The relation/friendship between Bill Clinton and Doug Band is now toxic.

Huma married a jew - Anthony Weiner - as part of the ideology of radical islam which allow to deceive and lie as long as advances islam.