Carol Bowne is dead. The petite hairdresser was murdered by her ex-boyfriend.. and by the state of New Jersey. 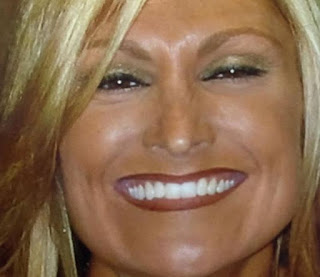 Bowne had received threats from her ex-boyfriend. She did everything a law-abiding citizen could do in New Jersey. She obtained a protective order. She installed security cameras inside and outside her home.

Sadly, the restraining orders and cameras are only useful for collecting evidence and bringing charges against an assailant after she was attacked. These measures didn’t matter.

Carol was stabbed to death as she drove home and stepped onto her driveway.

It takes honorable citizens who obey the law up to nine months to buy a firearm in New Jersey. It can be done in an hour if you buy an illegal gun.

Jersey law requires authorities to reply to permit petitioners within 30 days. That law is routinely ignored, as it was in the case of Carol Bowne. New Jersey gun owners report that state authorities deliberately slow the permit process to inhibit the lawful possession of firearms. Carol Bowne called the police and asked about her permit after 41 days. They said she had to wait. She bled to death two days later.

The man who murdered Carol Bowne was a convicted felon. He had a previous charge of battery and armed kidnapping of another women. The police dropped the charges and the murderer never served jail time for that assault.

The police knew her murderer.. and yet they denied Carol Bowne a firearm purchase permit to defend herself.

If she’d lived, Bowne might have, someday, received her permit to own a firearm for self-defense. She could have taken that firearm with her as she walked to her car to leave her home.. if she was the homeowner. Under New Jersey law, she would have had to be disarmed if she was a renter.

Under New Jersey law she would have to be disarmed when she arrived home. New Jersey Police Chiefs refuse permits to carry a concealed firearm for self-defense. New Jersey law delivered a defenseless victim as Carol Bowne got out of her car.

Carol’s only hope of armed defense was to leave the state. Carol Bowne continued to live in her New Jersey home and became another defenseless victim.

New Jersey gun control costs lives. So do the citizens who sit by as Jersey politicians disarm honest citizens. At long last, anti-rights New Jersey Senator Stephen Sweeney faces a recall campaign. Will you sit and do nothing for the next Carol Bowne?