Larwyn's Linx: Here is How Senators Were Paid Off (Bribed) to Support Treasonous ObamaTrade 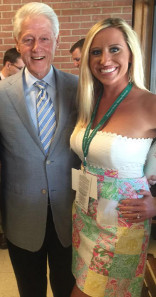 10 Reasons that Skepticism Is the Reasonable Attitude Toward Global Warming: GayPatriot
The Carbon Tax Charade: Oren Cass
What Is Senator Whitehouse Smoking?: IER

Is Obama Trying To Intimidate The Supreme Court On Obamacare Again?: Lid
But ‘wait, there is more!’ Free Beacon calls out NYT, links Clintons with ACORN: Twitchy
Ready For Panic: Sanders Pulls Within 8 Points of Grandma in Wisconsin: JWF

Why Won’t Congress Stop the Abuse of Executive Power?: Trumpet Daily
Salon Blogger On MSNBC: It Was Silly To Kill ‘Feeble Old Osama Bin Laden’: Shifra
AP Pens The Most Dishonest Anti-Cop Conspiracy Theory You Are Likely To Ever Read: Bob Owens

Into Darkness: Theodore Dalrymple
Germany’s demographic and economic collapse: Vincent Cooper
Would a Transsexual Geert Wilders Be Hailed as a Hero?: GoV 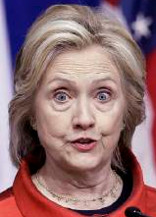 We *All* Know This Guy: GayPatriot
From Hot Rods to Blow Jobs in One Generation: MOTUS
Jerry Miculek’s Concealed Carry Flamethrower: Bearing Arms

Image: Bill Clinton Hung Out With a Former Redskins Cheerleader at the Belmont
Sponsored by: Isn't it time for a real conservative? Ted Cruz 2016: Official Site

QOTD: "Despite the mistakes that were made in Iraq, it was still a viable country until Barack Obama made the headstrong decision to pull out all the troops, ignoring his own military advisers, just so he could claim to have restored "peace," when in fact he invited chaos and defeat.

This is only the latest of Obama's gross misjudgments about Iraq, going back to his Senate days, when he vehemently opposed the military "surge" that crushed the terrorist insurgency, as did Senator Hillary Clinton also, by the way. " --Thomas Sowell

I love reading Thomas Sowell's articles. I think, however, in the quote from Mr. Sowell, that Sowell thinks Obama is somehow "mishandling" the ME. I think that Obama deliberately withdrew troops because he WANTS the Muslim Brotherhood to take over the whole region. Obama (or Jarrett, or Soros, or whomever is running the Islamist sympathizer show) knows exactly what he/they are doing. They are deliberately advancing the Muslim/Islamist takeover. Obama's ignoring his advisers - just like he ignored Simpson & Bowles' report on the economy is not "mishandling" - it is deliberate. The Marxist/Socialist agenda Obama never intended to take advice from his advisers unless those advisers in support his "agenda", which is not in the best interests of America or middle class Americans. Muslim Brotherhood control of the Middle East is also a goal of his. Mr. Sowell, I really think you are being a bit naive here. Obama is on the side of Islam, not America or freedom for other countries. Obama has been bought and paid for by the MB and whatever he said back in his uneventful senate days, has long been forgotten. I find it had to believe that you think Obama wants what is best for our country. Every actions contrary to his words say otherwise.

Mark Levin is the ONLY person ripping Paul Ryan on Obamatrade. Finally!

Rush Limbaugh could have made a difference, but he addressed Obamatrade only once--much less than deflated footballs. When the country is in the balance, Limbaugh goes on vacation. Mark Steyn, his replacement, has not discussed Obamatrade.

Jon Stewart and John Oliver STILL HAVE NEVER ADDRESSED OBAMATRADE. Stewart, like Limbaugh, covers all the distractions, like a pool party in Texas.

It was good to hear Levin rip Paul Ryan just now. Ryan will work with Obama and sell out the country for thirty pieces of silver. Then, Ryan will look at you and lie directly to your face, telling you that a secret agreement that you're not allowed to read is just great for you. Paul Ryan is completely dead to me.

People make fun of VP choice Sarah Palin, but she was never as evil and duplicitous as Paul Ryan.