FBI: Uhm, remember Obama’s pre-election claim that 'mass shootings are up'? Yeah, that was a lie.

Just before last year’s midterm elections, the Obama administration widely distributed an FBI “report” that claimed that mass shootings had increased. Obama used this “report” to flog his gun control ideas and to “prove” that Republicans were wrong on gun control in the wind up to the midterms. Now the FBI has been forced to admit that the report was “imperfect.”

The report was all over the news in September and October last year, only a month or so before the Nov. 4 election. At the time the authors claimed, “The findings establish an increasing frequency of incidents. During the first 7 years included in the study, an average of 6.4 incidents occurred annually. In the last 7 years of the study, that average increased to 16.4 incidents annually.”

But now that the elections are over, now the FBI can admit that the whole thing was a pile of lies. 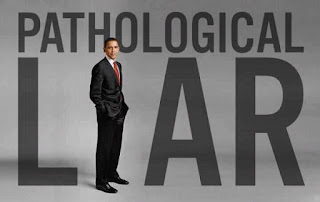 But late last week, J. Pete Blair and M. Hunter Martaindale, two academics at Texas State University who co-authored the FBI report, acknowledged that “our data is imperfect.” They said that the news media “got it wrong” last year when they “mistakenly reported mass shootings were on the rise.”

Mind you, the authors did not issue this mea culpa in the major news outlets that supposedly misreported the original findings. Instead, the authors published it in ACJS Today, an academic journal published by the Academy of Criminal Justice Sciences. “Because official data did not contain the information we needed, we had to develop our own,” wrote Messrs. Blair and Martaindale. “This required choices between various options with various strengths and weaknesses.” You don’t say.

John Lott of the Crime Prevention Research Center—who has studied FBI crime data for three decades—told me in an interview that the FBI report is better understood as a political document than as a work of serious social science. For example, the authors chose the year 2000 as their starting point “even though anyone who has studied these trends knows that 2000 and 2001 were unusually quiet and had few mass shootings.” Data going back to the mid-1970s is readily available but was ignored. How come? Over the past 40 years, there has been no statistically significant increase in mass shootings in the U.S.

Another problem with the study: The data used seemed selectively chosen to achieve certain results. The researchers somehow “missed 20 mass-shooting cases,” Mr. Lott said. “There’s one case where nine people were murdered. You just don’t miss that.” Also, the omissions helped create an “upward trend, because they were primarily missed at the beginning of the period.” This, he said, “is disturbing.”


You are a serious fool to ever believe a word out of the mouth of ANYONE in this administration.