Comments o’ the day, spotted at – of all places – The New York Times

Looks like even the denizens of the fever swamp have had enough of old Granny Catlady (e.g., "Benghazi Emails Put Focus on Hillary Clinton’s Encouragement of Adviser") as every day seems to bring new and scathing revelations of corruption and poor judgment. Some of the more upvoted comments are, in fact, quite derogatory of the Godmother. 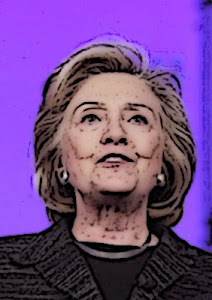 Robert Dana NY 11937
I don't care for Mrs. Clinton. She is untruthful and extremely overrated. Much of her support is based on sympathy because she married a serial philanderer.

Almost every major action and policy initiative by Obama was based on a lie. Obamacare, the release of Bowe Bergdahl (or should I say the closing of GITMO), an "evolving" opinion on gay marriage, Al Qaeda being on the run precisely when an emabassy was sacked in Northern Africa, a withdraw from Iraq without consequences, an incipient ISIS characterized as the "JV", an effective deal with Iran on its nuclear program. I could go on and on.

Add to that a compliant media, and uneducated electorate and you have a perfect storm for disaster.

MP FL
Dems better find an ethical, honest person or there may be a big surprise come November 2016. There are millions of people who will not give their vote for this broke, incompetent liar.

jmr belmont
She is, for those of us old enough to remember, the reincarnation of Nixon with the bound transcripts of the WH taping system. The very act of having her own private email SERVER whilst she was SOS stinks to high heaven. And then being allowed to prepare by herself and her hand-picked staff, which emails to print onto paper...so Nixonian. These are public records, not here. She is a thoroughly and completely dishonest, disagreeable person, just like Nixon.

mpound USA
It is truly depressing to any American who remembers the 1990s that we are once again left to sift through the mendacity and pathologies of the Clintons, their henchmen and the professional liars they employ to peddle their fraud. It never, ever ends with that crowd.

rtj Massachusetts
"“When Qaddafi himself is finally removed, you should of course make a public statement before the cameras wherever you are, even in the driveway of your vacation home,” Mr. Blumenthal wrote. “You must go on camera. You must establish yourself in the historical record at this moment.”"

Presto, and it was done. Have a look at all of these articles on the migrant crisis Europe is facing now. You own it, lady, take a bow.

Jesse Marioneaux Port Neches
Democrats please drop Clinton from your party and run Bernie Sanders please. I fear if you run Clinton the Republicans will get the WH.

See, this is the problem with wiping YOUR server. Ya gotta make sure the recipients wipe theirs too...

Swear to God, I voted for Obama twice and have never in my life voted for a Republican. As an ex-New Yorker, I didn't appreciate Hillary Clinton carpetbagging her way into a Senate seat there, and as a woman I didn't appreciate the ferocity of her defense of her sleazy husband and her apparent belief that she couldn't achieve any of her personal and political goals without sticking to him like glue. She's never been a model or example to me of anything except opportunism and greed. I'd really like someone to show me a list of all the wonderful things she's supposedly done for families and children and women.

I know there are no honest politicians. I'm sure plenty of at least minimally unsavory things will fall out of Bernie's past by the time this election cycle is over. I was bitterly disappointed at his lack of moral courage in failing to show the least concern about Israel's actions in Gaza.

But I'd take him gladly over Hillary. I don't expect him to get the nomination, and I don't expect, therefore, to vote. Don't use that "Supreme Court is the reason to vote" argument on me. It was Reagan's appointee who lo and behold was the deciding vote to legalize marriage equality. It was Democratic Senators' weak stomachs that confirmed Clarence Thomas. The integrity of my vote matters to me, and I won't tarnish that for Mrs. Clinton's benefit.

Let's hope these DemoncRats stay true to there word and not vote for Killary !! And if God still truly still blesses America, Ted Cruz will win the Rethuglican nomination !!!!!

angrymike - I'm with you! Cruz is the only worthy candidate running.

Let's start a crusade to end every one of our comments on the various sites we visit with:

Let's get it rolling.

What stands out to me and nobody willing to touch is this: Hillary is unqualified for any position she ever held.
Her appointment as SOS exposes her incompetence and disqualifications simply based on many emails.
If she were competent - a Sid Blumenthal, Sandy Berger and her favorite Huma Abedin - would have been unnecessary.
All her shady characters involved ran the state department and not Hillary. She just enjoyed putting her face on everything.

She was too busy collecting all the millions of dollars for her and her family's personal use - it was her greed.

If anything - everything she has done beginning with Watergate completes a picture and summary of a treasonous and dangerous person - she does not belong nor should she be anywhere near the white house.