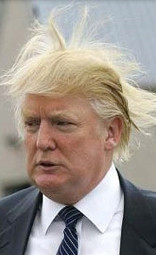 Another global cooling denier claims to have won the 2007 Nobel Peace Prize: Anthony Watts
Pay $1.22 million to save $500,000: Don Surber
There Are Big Divisions In Catholicism Over “Climate Change”: William Teach

John Kerry gaslights the media on Iranian compliance: RS
Obama to White House mentorship grads: You didn't succeed on your own: Joe Newby
Why are we ignoring a cyber Pearl Harbor?: Jonah Goldberg

Nobody likes reruns: Truesbury
Do You Remember When Lois Lane Tried To Be Black?: Ira Madison III
The Donald: How Can He Lose?: MOTUS

“Yesterday will be the day that we look back at as the day that conservatives finally started getting organized in the House,” he wrote in a note to the Spartanburg Tea Party.

Led by Representative Jim Jordan (R., Ohio), a platoon of conservatives demanded that Boehner agree to a series of concessions in exchange for their support for so-called Trade Promotion Authority (TPA), legislation that would give President Obama wider latitude to negotiate free-trade agreements. When GOP leadership ignored them, Jordan and his allies tried to kill the bill on a procedural vote — a rare step made more surprising by the lawmakers’ general support for free trade. It was the boldest attempt yet from the recently formed House Freedom Caucus, which Jordan chairs, to counteract Boehner’s perceived tendency to wilt in the face of Democratic pressure." --Joel Gehrke

The impact of leadership attrition has not been enough to knock the group back on its heels and ground losses are temporary.

The impact of leadership attrition has not been enough to knock the group back on its heels and ground losses are temporary.

A leadership failure. I understand most of Ted's stand/position/actions ... his past two months. One of only five Senators, voting against cloture, on Iran/Corker. While Rand(over Israel), and (magic) Rubio (slippers), voted for (cloture). Rubio's a lil poof, a fake leader. Nothing more than a political hack. A kwap weasel. With some (politically) marketable melanin content (as in ... not character content). Rand, the same duplicitous freak/turdmonkey he's a l w a y s been (wrapped in a stolen mantle/tea wrapper).

It still, was a missed (leadership) opportunity, for Senator Cruz. To not stand. Firmly. Resolutely. With Cotton, in the show/procedural vote. A real disappointment. And I know I wasn't alone there, in feeling let down (though yes, the vote against cloture, the only one that mattered).

The trade bill? Jiminy. He's human, Ted is. But he fails again, in leadership. By not trusting his supporters. Keeping them in the dark (that would be you and me). Hey Ted ... we can disagree. But you need to trust us. We trusted you. Tell us what you're thinking, the why's and wherefore's. You disagree with Mark Levin [he's human, makes mistakes too, yep (Todd Akin ... led the charge even)]. Don't let the election make you just another one of them. 2016, in and of itself, by itself, by its mere arrival. Will not save us. Yes, winning the election IS important. But political calculus/triangulation can be (auto)strangulation.

Only firmly taking hold the ground we stand upon.

AND REFUSING TO SURRENDER. At all cost. At any.

Where have you gone Ted ... hello?

The captcha, still a (sick) joke.

I'm listening to the first half hour of Rush Limbaugh. There's a Two If By Tea promotion. Limbaugh spent 10 minutes talking football in June! NOT ONE WORD ABOUT THE TPP!! This is beyond bad. It's deliberate. No one else notices this?

More on the Bill Clinton misquote of Churchill on Jon Stewart last night. It's not Sarah Palin so it makes no news?

And see my responses to this Politico hack's tweet (he never responded):

Roger Simon ‏@politicoroger 13h13 hours ago
Bill Clinton to Jon Stewart: "As Churchill said, 'The USA always does the right thing after exhausting all other possibilities."

It passed. We're done! Congress is now irrelevant. We've given up the ability to write our own laws! Brunei has as much power as we do. This is treason.