TOO LATE, RUSH LIMBAUGH: The War Over the U.S. Flag is Already Well Underway

Talk show icon Rush Limbaugh warned on Tuesday that the Confederate flag kerfuffle is bout the opening salvo in a campaign that that will eventually set its sights on that ultimate symbol of hate to the American left – the U.S. flag. Rush warned: 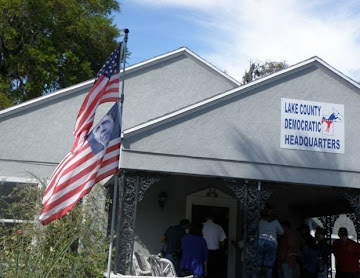 “If you take a look at the timeline of progressive events, their speed and rapidity with which the left is conducting this assault on all of these American traditions and institutions, if you don’t think the American flag’s in their crosshairs down the road, you had better stop and reconsider,” Limbaugh said.

The U.S. flag was already in liberal crosshairs when a group of American high school students in California made the mistake of wearing it on their t-shirts on Cinco de Mayo.  As Investor’s Business Daily editorialized:

The decision upheld the court's three-judge ruling in February that justified the school's actions based on tensions between Mexican and American students. Past events, Judge M. Margaret McKeown wrote, "made it reasonable for school officials to proceed as though the threat of a potentially violent disturbance was real."

We are not making up this surreal situation. Oh, yeah, the incident occurred on Cinco de Mayo, which celebrates the defeat of the French army of Napoleon III by Mexican forces in the Battle of Puebla on May 5, 1862….

According to the court, the wearing of an American flag t-shirt on Cinco de Mayo was the functional equivalent of yelling "fire" in a crowded theater.

William Becker, a lawyer for the students, has said that he'll take the case to the U.S. Supreme Court. "The 9th Circuit upheld the rights of Mexican students celebrating the holiday of another country over U.S. students proudly supporting this country," he said.

Welcome to Obama’s fundamentally transformed America. You can wear a t-shirt celebrating mass murderers like Che Guevara and Mao, or the Black Panthers or Malcolm X. You can wear shirts with Michael Brown’s or Freddie grey’s picture but if you are an American student wearing an American flag T-shirt in an American high school then check your First Amendment guarantee of free speech at the schoolhouse door.

First Amendment rights of free expression does not depend on who is expressing what, said Judge Diarmuid O’Scanlon in an angry dissent:

Dissenting judges in the case, led by Judge Diarmuid O’Scannlain, argued that the ruling has wide implications, and contradicts a 1969 Supreme Court decision, Tinker v. Des Moines. That case ruled in favor of students who wore black armbands to school to protest the Vietnam War, stating, “Students don’t shed their constitutional rights at the school house gates.”

“Live Oak’s reaction to the possible violence against the student speakers, and the panel’s blessing of that reaction, sends a clear message to public school students: by threatening violence against those with whom you disagree, you can enlist the power of the State to silence them,” wrote Judge O’Scannlain in his dissent.

That court ruling on September 17 occurred ironically on the anniversary of the Battle of Baltimore during which Francis Scott Key famously wrote the “Star Spangled Banner,’ a battle not commemorated in any American school, but which is certainly more important to America than that Battle of Puebla.

A ban on the U.S. flag at the University California ar Irvine was attempted because according to a grop of professors it was a symbol of racism with a student group said it might make illegal aliens feel bad. As Todd Starnes of FoxNews reported:

A group of university professors has signed a letter showing their solidarity with students who tried to ban the American flag at the University of California, Irvine – because they said Old Glory contributes to racism.

“U.S. nationalism often contributes to racism and xenophobia, and that the paraphernalia of nationalism is in fact often used to intimidate,” read a letter obtained by the website Campus Reform.

Property rights aren’t sacred either in the face of political correctness: In 2013, Staff Sgt. Brandon Weir in Huntsville, Alabama, who fought for the U.S. flag, was sent a notice that he couldn’t fly it on his property. As WHNT19 reported:

A soldier and his wife who live at Stepping Stone Condominiums in Huntsville said they received a note from the complex Monday evening to remove the flag.  The note said the flag violates the home owners association bylaws, and urged the couple to remove the flag as soon as possible to keep the community tidy.

Liberals feel the U.S. flag is a symbol of war, racism, slavery and oppression. Well, we apologized for slavery at Gettysburg. Liberals feel free to desecrate the flag when it suits their purpose to show their true allegiances as when marchers in Washington, D.C. showed up with a flag with the stars replaced with an image of Barack Obama.

The war on the U.S. flag is already well under way. You can burn it but just try wearing it on a T-shirt on Cinco de Mayo or displaying in a state-funded campus lobby or flying it from a veteran’s condo.