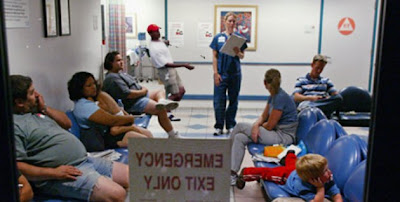 I entirely concur in the propriety of resorting to the sense in which the Constitution was accepted and ratified by the nation. In that sense alone it is the legitimate Constitution. And if that be not the guide in expounding it, there can be no security for a consistent and stable, more than for a faithful exercise of its powers.

If the meaning of the text be sought in the changeable meaning of the words composing it, it is evident that the shape and attributes of the Government must partake of the changes to which the words and phrases of all living languages are constantly subject. What a metamorphosis would be produced in the code of law if all its ancient phraseology were to be taken in its modern sense!

... We should start calling this law SCOTUScare.

Perhaps the Patient Protection and Affordable Care Act will attain the enduring status of the Social Security Act or the Taft-Hartley Act; perhaps not. But this Court’s two decisions on the Act will surely be remembered through the years….And the cases will publish forever the discouraging truth that the Supreme Court of the United States favors some laws over others, and is prepared to do whatever it takes to uphold and assist its favorites.

And the Constitution, already in tatters, has been torn yet again.


Disgraceful. Earl Roberts, Chief Justice contorts the law once again. We are post constitutional, the law no longer matters. It's whatever you want it to be.

The "three legged stool" is in total collapse.

It's Clinton's meaning of "is," is, on a much grander scale.

If words have no meaning, then what meaning have laws, or demands made for compliance? Whatever "the State" wants them to mean.

We have but in 239 years swapped a distant tyranny for a nearer one.

Tyranny and treason. What are we going to do about it?