Larwyn's Linx: Will anyone at OPM be fired for this catastrophic mega-hack by China? 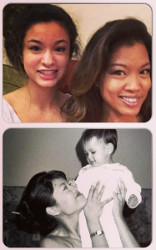 Peruta v. San Diego argument today: Of Arms & the Law
9th Circuit: Does Second Amendment Apply Outside the Home?: AWR Hawkins
When Guns Are Outlawed, Only Outlaws Will Have Safety Equipment: WeaponsMan

John Kerry Announces Another Nuclear Concession To Iran: Lid
How to Get a Nuclear Bomb: Clarion Project
Moderate Islam is Islam in Denial?: Vlad Tepes

Every breath she takes: Michelle Malkin
Magna Carta copied by church, not royal, scribes: The History Blog
Rachel Dolezal: If I had a Dad, He’d Look Like Gene Wilder: Papa Todd

QOTD: "The story of the Obama era is the story of one colossal federal government train-wreck after another. The Bureau of Alcohol, Tobacco and Firearms shipped guns to Mexican drug cartels in Fast & Furious. Recovery.gov, allegedly designed to promote openness and accountability, ended up filled with bad data…

The president stood in front of the White House, urging the American public to use Healthcare.gov when it wasn’t working…

Veterans died, waiting for care, while the branch offices of the VA assure Washington everything is fine." --Jim Geraghty

Do not forget the TPP.

The treasonous snakes (Obama + establishment Republicans) are bringing the TPP up again tomorrow. Everyone has let down their guard. Rush Limbaugh and Jon Stewart concentrate on the distractions (Donald Trump) and refuse to mention one of the biggest trade agreements in the history of the country.

If it passes, we have surrendered the sovereignty of our nation forever. Maybe then, Paul RYan will be happy.

Rush Limbaugh maybe will talk about the TPP tomorrow (too late). Limbaugh should have had Paul Ryan and Jeff Sessions on his show a long, long time ago. Completely useless.

Jon Stewart, miracle of miracles, discussed the TPP for the first time (!) on Wednesday.

Stewart was at his worst. He kept interrupting to tell bad Trump jokes. Why not tell people that we still can't read the agreement, Jon? Why not tell people how this whole thing sells out the Constitution so Big Pharma can charge us more? Jon Stewart displayed zero passion and muddled through the unfocused segment. Pathetic.

Stewart's guest on Wednesday was Bill Clinton. Stewart, of course, asked softball questions that he would never ask of a Republican.

Bill Clinton quoted Winston Churchill, and Jon Stewart was amazed by Clinton's smarts. Maybe this website can say it, but my colleague the Quote Investigator looked at the quotation and Churchill never said it. Major whoops!

http://quoteinvestigator.com/2012/11/11/exhaust-alternatives/
Americans Will Always Do the Right Thing — After Exhausting All the Alternatives
Winston Churchill? Abba Eban? An Irishman? Apocryphal?
(...)
In conclusion, based on current evidence the variant of this saying referring to nations in general should be ascribed to Abba Eban. The version referring to Americans specifically apparently evolved from the general remark, and its authorship is unknown. Churchill died in 1965, and the evidence connecting him to the saying is late and very weak.